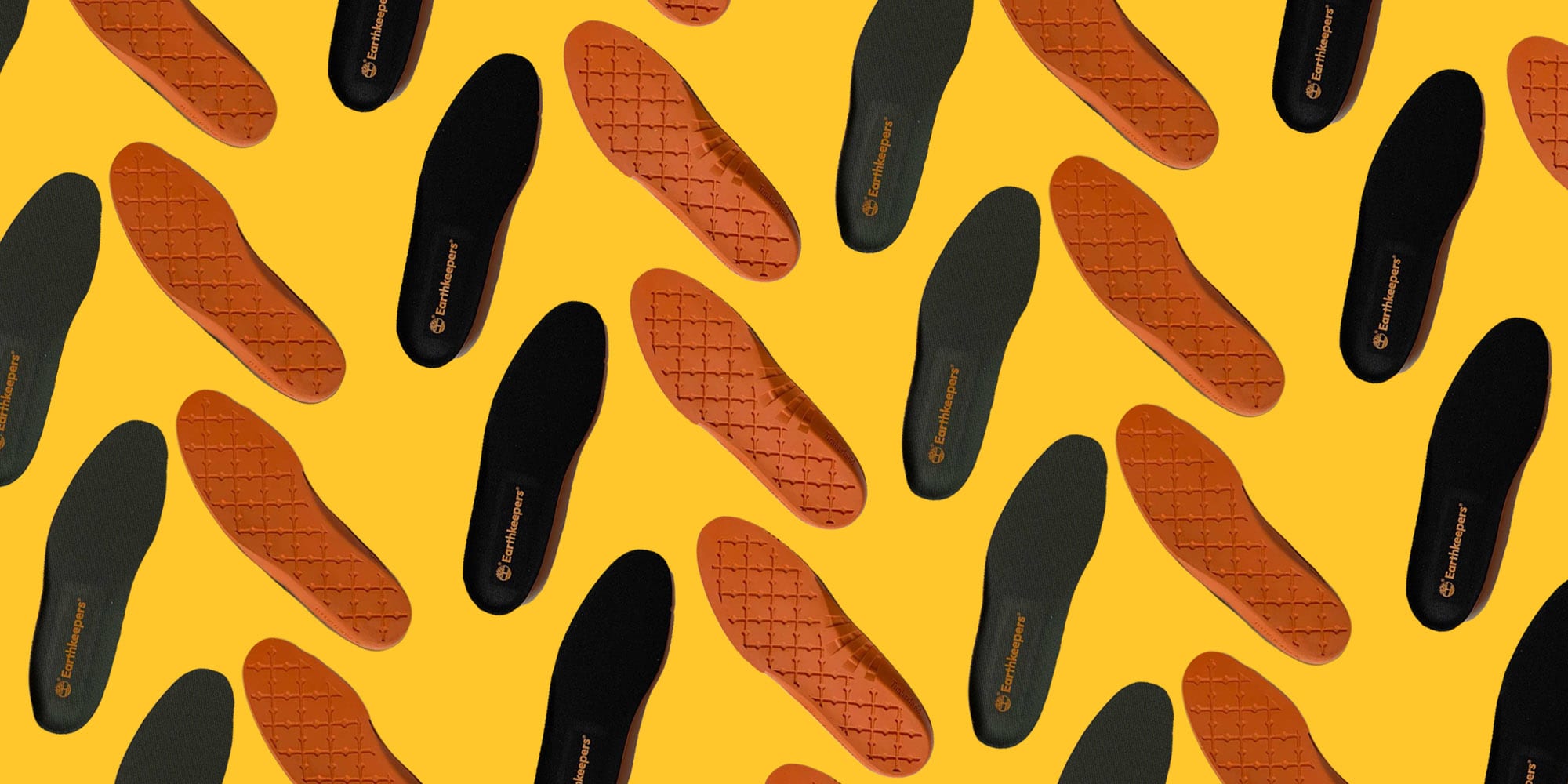 To deal with our growing garbage problem, we need to transform how we create products. At Evoco, CEO Jason Robinson is tackling circular design one step at a time.

We have a problem with shoes. A record 24.3 billion pairs of shoes were manufactured last year, according to the World Footwear Yearbook, which represents a whopping 21-percent increase from 2010. We North Americans are the most eager consumers of shoes — each of us, on average, own 5.6 pairs. (Full disclosure: I own eight pairs of sneakers alone.) Even if all the shoes produced in 2019 were sized for a 5-year-old child, lined up end to end they would make a chain 4.2-million kilometres long — this chain of shoes could circle the globe 105 times.

And it’s not just shoes, or even fast fashion that’s the problem. Everything is increasingly designed for convenience rather than durability, piling up in landfills to such a degree that our garbage needs to be exported. Smartphone cases. Messenger bags. The containers from yesterday’s UberEats delivery. To actually move toward a sustainable future, we need to rethink how we design pretty much everything. 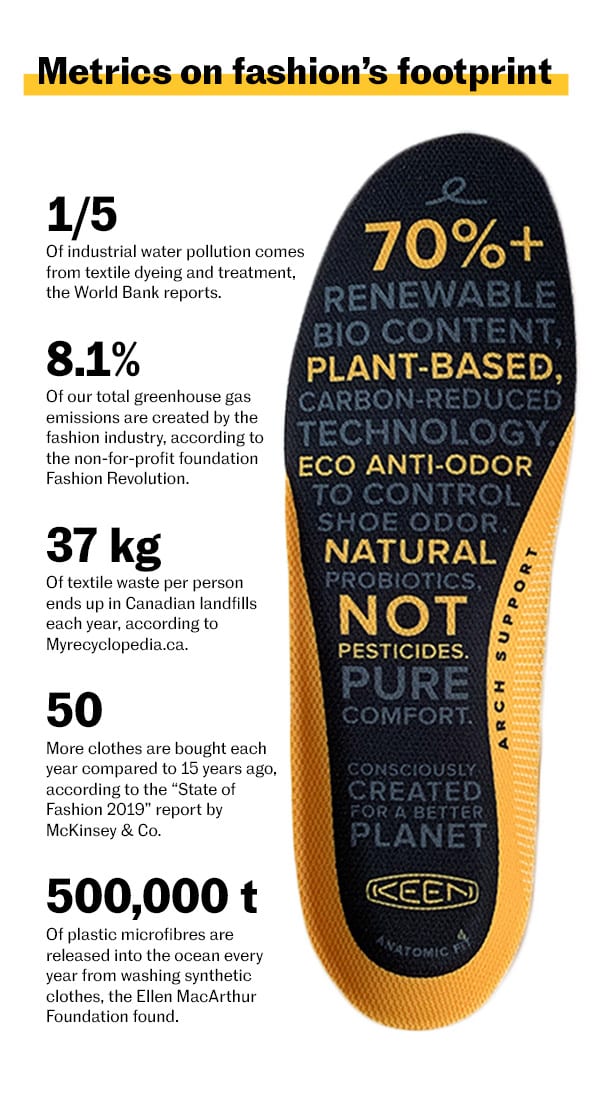 It’s good to start somewhere and shoes make for an interesting case study, given their ubiquity and the many different materials required to construct them. From an environmental point of view, the year-over-year growth of the industry is a nightmare — especially as fast fashion has degraded the quality of products. Even if you wanted to recycle your shoes, it’s difficult to know where to start. Every shoe is made of many components — the sole could be rubber, topped with leather with cotton laces wrapped in plastic at the ends. And if you diligently took care of your sneakers in an effort to prolong their life one thing in particular makes them particularly tricky to hang on to — the foam that holds the shoe together.

Midsoles are often made of polyurethane (PU), which basically falls apart when exposed to humidity and air over time. As Rene Chun concluded in Wired when reporting on sneakerheads facing the problem of crumbling midsoles: “Bottom line: Pricy collectables shouldn’t be made out of PU.”

But should anything be made out of a material that comes from petrochemicals and isn’t durable?

Jason Robinson, an engineer and MBA graduate with 20 years in the cleantech sector working with biofuels, definitely doesn’t think so. Five years ago, when browsing sustainable products at a trade show, he realized most products had a pretty low bar when it came to labelling themselves green.

“I thought that with my experience, I could make something that was game-changing,” says Robinson, who started the company Evoco three years ago.

And he wasn’t interested in just upcycling material, or ensuring his design could safely biodegrade — Robinson wanted to rethink the design of foam to consider its entire life cycle. His approach is becoming more common, as more designers, consumers and companies embrace circular design. Instead of a linear approach that sees cheaply-sourced synthetic materials stitched into fast fashion that fill up dumpsters after a few washes, circular design considers environmental impact at each stage of a product’s life cycle: Where is the material sourced from? Is it long lasting? What will happen to it once it’s out of use?

Using these guiding principles, Robinson developed a foam to replace PU in a shoe’s midsole that’s made up of 74 percent plant-based material, is durable and degrades when it does finally wear out. In the last three years, Evoco has grown from a team of one to a staff of 20 with clients that include Timberland and Keen. And he hopes midsoles are just the beginning for his material design as he looks for new applications in furniture, mattresses and cars.

For Robinson, it was satisfying to create a material with high bio-content, especially when some brands advertise using scraps of leftover new material as a green practice. “They’re calling that recycling, which is more of an efficiency and should be a normal thing to do.” But it wasn’t easy. Robinson says it took him four years of tinkering to get the material, which is derived from plant-based sources like industrial corn, just right. (Once he did, Robinson was able to merge a division of the company he was working for, Stewart Group Trading, with the new company, Evoco.) And, like other eco-friendly products, this sustainable foam is not cheap to produce. 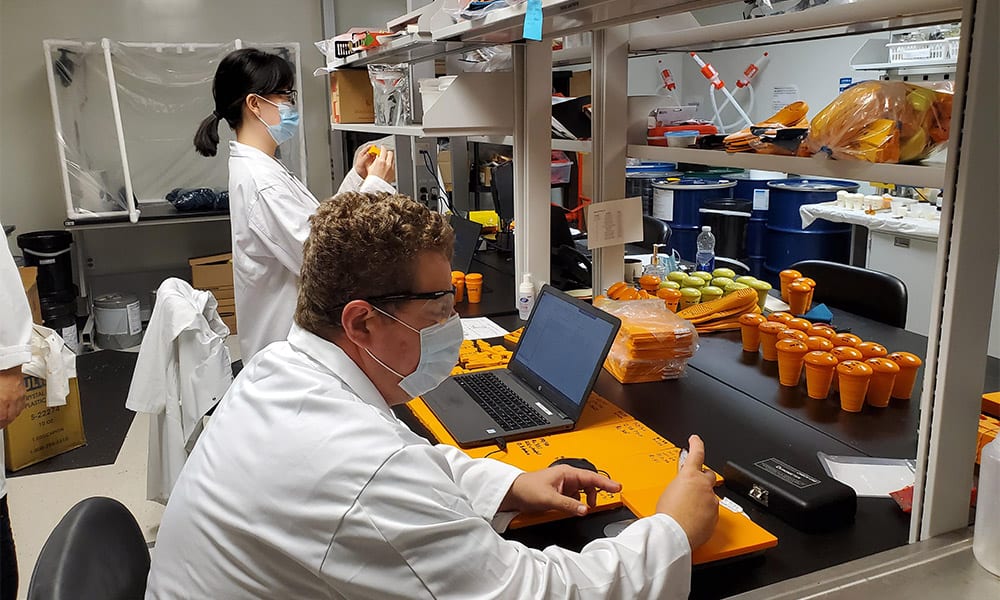 Part of the problem is, unlike say tobacco or alcohol, the price tag on fast fashion doesn’t include it’s long-term impact. And pricing is just one problem. Another is coming up with a common definition of circular design, says Arianna Nicoletti, a Berlin-based designer, educator and researcher in circular design. While many brands are starting to use that term, it’s not clear there’s a common understanding of what it means — and it runs a risk of being another iteration of greenwashing.

“Many brands are putting a lot of circular targets in their sustainability goals, but at the same time there is no infrastructure to enable them to become circular,” she says. Nicoletti says there are many unanswered questions about how far the economy can stretch in becoming circular: Given a shoe can have so many parts, what kind of infrastructure is needed to recycle or reuse all of its components? Do we want to make fast fashion circular? Can circular design still include transnational shipping?

The circular economy is just one of the topics being explored at this year’s MaRS Impact Week. To find out more, click here.