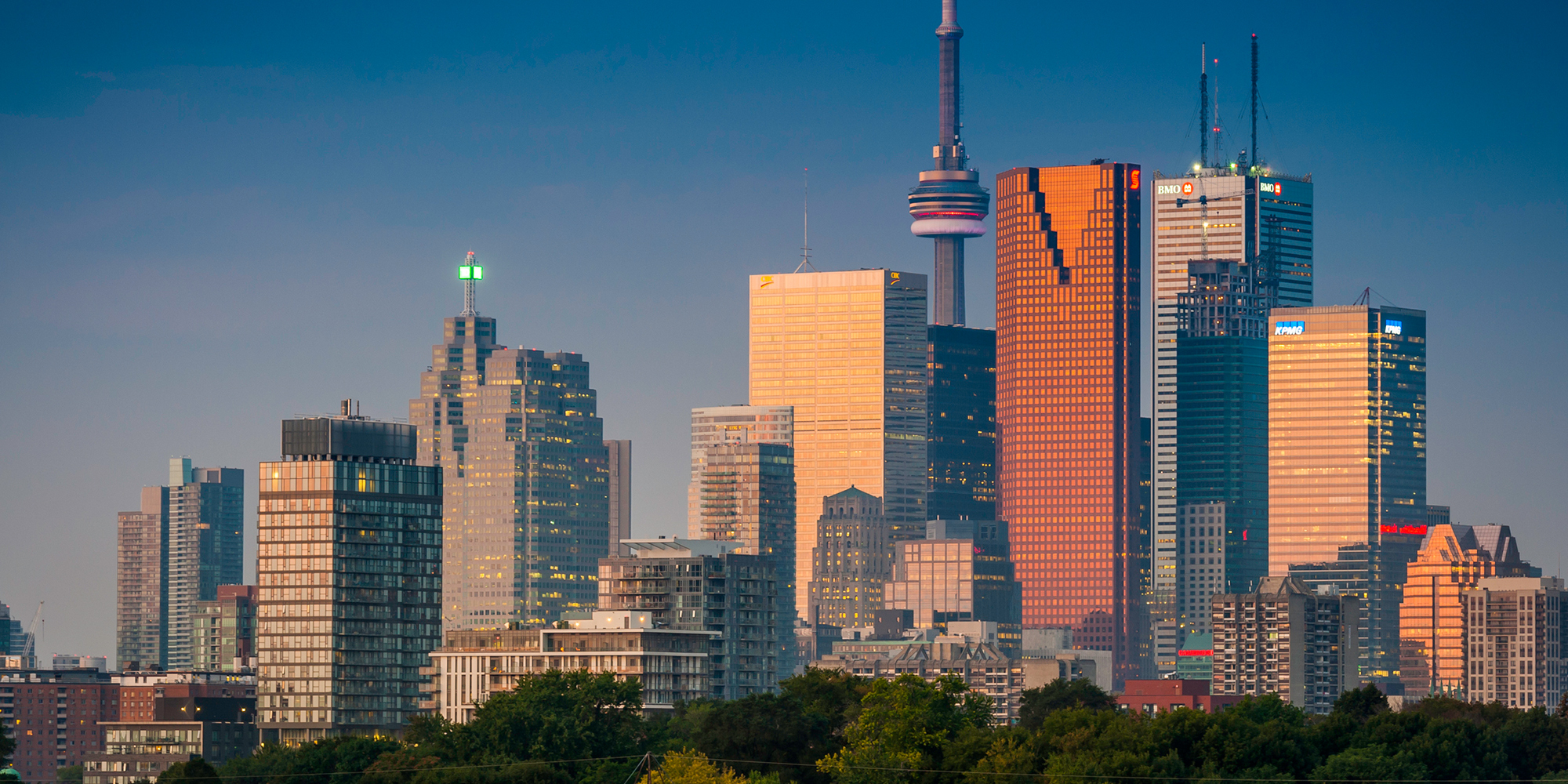 The city’s finance industry, second only to New York in North America, is looking to attract elite talent

Toronto is an indisputable financial services giant: roughly eight percent of Torontonians work in finance, while jobs in the sector have grown by 25 percent in the last five years. And the city’s fintech community has shown great promise, raising $221 million across 25 deals in 2018, with the University of Toronto even creating a fintech boot camp to prepare students for the surge in jobs.

“It’s critical for our institutions to find top talent for the industry, and to upskill the staff they have today,” says Jennifer Reynolds, CEO of Toronto Finance International. “I think the Big Five Banks are role models when it comes to talent investment. The sector has also benefitted from federal visa programs like the Global Talent Stream which have helped Canadian innovation land highly-skilled workers, regardless of nationality.”

Like its hometown, Toronto’s fintech sector is racing toward alpha status. Here are some positive trends keeping the city on-course.

It’s not about long lines and ticker tape anymore

Ask the average person about the kinds of jobs you’d expect to get at a bank and the answers are predictable: teller; stockbroker; maybe a trader. Ask Jennifer, and you’d be astounded by the variety of work required, particularly in fintech. You see, startups have injected a boost of tech talent in financial services (coders, engineers, AI scientists, cryptocurrency hackers), not to mention a fresh take on the supporting cast (social media experts, UX designers, happiness officers). Just consider the number of new companies. From 2005 to 2010, Toronto launched, on average, fewer than five new fintech startups a year; today it’s more than 17, many of them backed by traditional institutions. “The industry has been redefined and adopted a more customer-friendly reputation, more commonly associated with fintech companies,” Jennifer says.

The Canadian tech community has led the charge for greater diversity (of gender, ethnicity, thought and experience) in private industry, with great gains coming in the financial services space. “We’re doing better than most markets,” Jennifer says. “When I go to conferences in other global financial centres, there are fewer women in the room than we would see in Canada.” More than half of Toronto’s finance sector is female, and women are slowly but surely securing more senior leadership positions. Canada’s favourable immigration laws have also given the country a tremendous competitive advantage over the United States; big banks are embracing things like casual dress codes and shared workspaces to attract young people; and Canadian robo-advisor titan Wealthsimple enlists celebrities like Aubrey Plaza and Andre Iguodola in advertising. “Wealthsimple’s approach sets it apart [from the old guard],” writes Ainsley Harris in Fast Company. “The company fearlessly dives into intensely personal, seemingly taboo subjects like debt, privilege and strip club economics.” This ain’t your dad’s brand of Toronto finance.

Workers of the world need to upskill, and fintech has the tools

In the next 10 years, literally millions of Ontarians, working in all sectors, will be affected by automation. Even highly-educated, well-paid workers like accountants and legal counsels face significant risk. The traditional banking sector should be particularly concerned, thanks to its heavy reliance on analyst and administrative roles. On the other hand, many watchers suggest AI will be the greatest job engine history — stockbrokers can become social entrepreneurs; an HR leader might move into human-machine team management.

“Toronto’s financial sector is dominated by mid-career workers — they’re highly skilled and intelligent, but will need to be upskilled as technology changes the nature of their roles and work processes,” Jennifer says. And because this group is so big, they can’t be replaced, as the industry needs their institutional knowledge and experience. Jennifer and her team have argued that Toronto’s private sector must support these workers to maintain competitive advantage over rival jurisdictions. That means both employers and employees need to commit to lifelong learning.

Many startups like KOHO (based in Toronto’s historic Carpet Factory building) employ full-time professional development coaches, while companies large and small are increasingly adopting HR software that can predict how the structure of a team will change over time, and train workers for job market volatility. “AI and other tech will create new opportunities for everyone, so we have an ethical responsibility to bring along as many people as possible,” Jennifer says.

Startups and big banks still need each other

Any innovation anywhere can help everyone. While there has been tension between the tech community and Canada’s financial behemoths, fostering each other’s strengths, and in the process, eliminating any weaknesses, seems to be the quickest path to mutual success. Fintech companies move fast and take risks, and their novel products can help giant institutions tailor their services and reach younger, more diverse customers. Corporations, meanwhile, offer capital, long-term stability and regulatory knowledge, which can help startups grow, improve brand recognition, and access mainstream (and therefore massive) client bases. Most importantly, all of this only feeds the talent pool for both sides — good news for Toronto, a city that, in the last few years, created more innovation-related jobs than San Francisco, Seattle and Washington combined.

Toronto is no longer satisfied with just being “Good”

For most of its history, Toronto was called “Toronto the Good,” a nickname evoking the city’s peaceful nature, becoming code for “Toronto is boring.” How things have changed: the fastest-growing city in North America by population; record-low office vacancy rates with another 9.5 million square feet on the way; world-leading tech conferences, professional-athlete VC gatherings, and a summit for budding entrepreneurs from the 6ix God Drake. “We’ve really solved the problem of attraction,” says Randy Cass, CEO of Nest Wealth and one of Toronto’s first fintech entrepreneurs. “Talent and VCs from all over are asking to make special trips to our headquarters.”

Jennifer makes the case that Toronto’s newfound cache comes from its cosmopolitanism. “Diversity” in Toronto is not (just) a civic slogan — it’s a targeted policy, philosophy and an essential fact of the city’s makeup, one that, according to Jennifer, should manifest in the makeup of the fintech sector. Think back to the 2015 Pan American Games, the largest sporting event in Canadian history. When the city pitched the event to international judges, its key selling point was that Toronto was the only candidate with citizens representing each of the guest nations — welcoming people who themselves journeyed to Toronto for its culture and prosperity. The same can be pitched to fintech workers looking for either a new career or new home.

What other city on the planet can same the same thing? Make your best case.

Visit the MaRS tech job board to stay informed about the latest career opportunities in Canadian innovation.