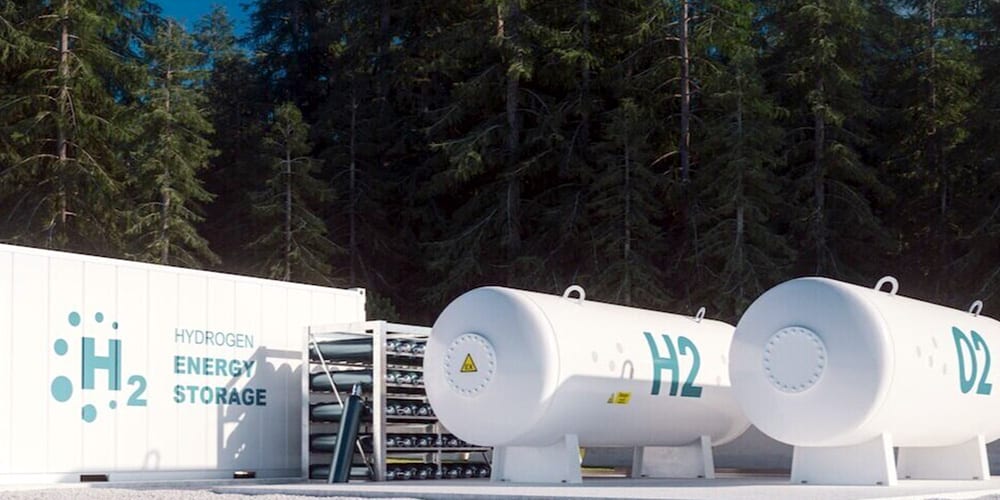 Imagine the smell of your green bin on a warm summer day — that putrid bouquet of rot and decomposition, the kind of scent that flourishes when the best-by date on a tub of yogurt has passed. “It smells like money,” Brandon Moffatt jokes. That’s because his company, London, Ontario-based StormFisher, collects food waste from restaurants, grocery stores, manufacturers and municipalities, and turns it into energy. They get paid to take the waste, and then sell the fuel they make. To Moffatt, StormFisher’s vice president of development and operations, the organics under your kitchen sink are a bounty of valuable scraps.

StormFisher does all this through a process called anaerobic digestion. It’s old technology, but the urgent threat of climate change has caused people to give anaerobic digestion a fresh look. The reasons are simple: it keeps methane out of the atmosphere and produces a so-called renewable alternative to fossil-based natural gas.

Organic waste is big a source of methane, which is also an extremely powerful greenhouse gas. Methane is as much as 86 times more potent than carbon dioxide over a 20-year period, and as much as 34 times more potent over a 100-year period. But when companies like Labatt or Maple Leaf Foods and municipalities like Halton Region or the City of Stratford bring their organics to StormFisher instead of to a landfill, that’s methane that never enters the atmosphere. Instead, bacteria are used to break down the waste and produce methane-filled biogas. You can burn biogas for electricity or heat, or further refine the methane to create what the industry calls renewable natural gas (RNG). Burning biogas or RNG releases less potent carbon dioxide into the atmosphere.

Proponents of anaerobic digestion see the technology playing an important role in the transition to more renewable forms of energy. If we want to reduce greenhouse gas emissions, diverting methane from landfills is a good bet — and even better if that methane can be turned into fuel and used in place of traditional fossil-based natural gas. But exactly how big a role RNG will play in our increasingly electrified future is still being debated. “It’s not a solution on its own, but it definitely can be part of the overall solution,” says Brandon Gilroyed, an associate professor at the University of Guelph who researches anaerobic digestion and also supervises a small on-farm digester.

Thanks in part to generous government subsidies and fewer domestic sources of oil and gas, anaerobic digestion has flourished across Europe for decades. According to the most recently available data, there are nearly 19,000 biogas plants and 725 biomethane plants across the region, with more than 9,000 biogas plants in Germany alone. Meanwhile, the U.S. has 2,200 biogas plants, while Canada has just 61. But despite the lack of financial incentives, Gilroyed thinks interest in decarbonization means there will be growth in the coming years. If biogas is upgraded to biomethane or RNG, “we can use it anywhere that we would use regular fossil fuel gas,” Gilroyed says. “So, whether it’s heating or transport fuel, all the infrastructure is there. It plugs and plays with what we have already very well.”

For policy-makers, politicians and utilities, that’s a big part of the attraction. In places like California, there’s growing discussion about how to ramp up production with an eye toward replacing an ever-greater share of fossil-based natural gas with RNG. In Ontario, StormFisher has partnered with the utility Enbridge to inject RNG into the natural gas system. They also sell to utilities in other provinces, as well as companies trying to reduce reliance on fossil fuels for heat and electricity; the City of Hamilton’s public transit system uses RNG from StormFisher in one of its buses, with plans for more.

Close to 60 percent of the company’s revenue now comes from energy sales, according to Moffatt, while 40 percent is from waste-processing fees (the company also sells a modest amount of fertilizer made from the digestate left behind). Moffatt says the company is profitable, and revenue from its London digester — one of five that StormFisher runs in North America — has more than doubled since 2015. On average, the facility ingests 120,000 tons of organic material a year, enough to fill nearly 50 Olympic — sized swimming pools with waste. 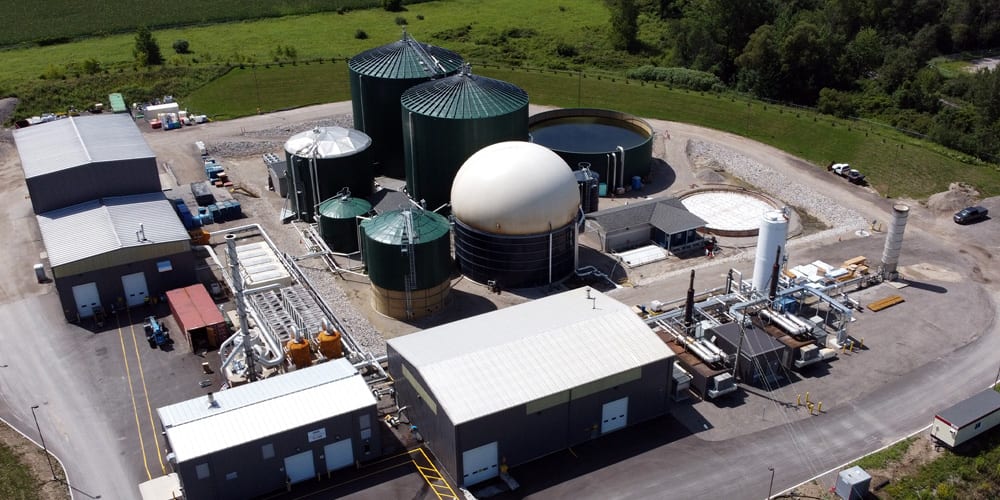 Any amount of methane that digesters can keep out of the atmosphere is a good thing. But as a source of sustainable energy in an increasingly electrified world, RNG is unlikely to play anywhere near as large of a role as fossil-based gas once did. In Europe, the non-profit International Council on Clean Transportation (ICCT) estimates that renewable gas production could only displace 12 percent of demand at best by 2050; U.S. studies have come to similar conclusions. “There simply is not nearly enough cow manure, garbage and agricultural residues to meet gas demand without relying heavily on the continued use of natural gas,” according to the ICCT.

While the biogas industry believes new technologies like power-to-gas can make up the difference — a technique where excess electricity from wind or solar is converted into methane — not everyone is so optimistic. Further complicating matters, some researchers believe the risk of methane leakage at scale could reduce the potential climate benefits of RNG when compared to fossil-based gas.

But Chelsea Baldino, a researcher for the ICCT, says RNG can still be a piece of the renewable energy puzzle if the focus is on diverting waste. “If you’re producing it from waste and residues, such as sewage sludge and livestock manure, that is a very low carbon pathway and will provide climate mitigation benefits relative to using fossil gas,” Baldino says. “If you’re diverting (waste) from just decomposing in the environment and being released to the atmosphere, that’s putting that waste to an excellent use.”

At StormFisher’s London processing facility, trailers arrive brimming with household food scraps while tankers slosh with liquid from food-processing plants. Food that can’t be used or sold may arrive stacked on pallets. It all gets fed into what Moffatt calls “the pit,” which screens the waste before sending it through pumps and pipes for digestion. There’s a filter that separates the organics from plastic cutlery, bones and anything else that can’t — or shouldn’t — be broken down. From tires to t-shirts, they’ve seen it all.

Moffatt is supportive of electrification, but he thinks the transition will still require RNG — especially where transportation or heating can’t be so easily converted to solar or wind. And when it comes to waste management, he thinks digesters will always have a role. “You’re not going to never have organic waste,” says Moffatt. “There’s always going to be material that needs to be handled, and we think that this is the best way.”

Everything Canadians need to know about the COVID-19 vaccines