These Canadian startups are bringing hybrid learning to colleges and universities 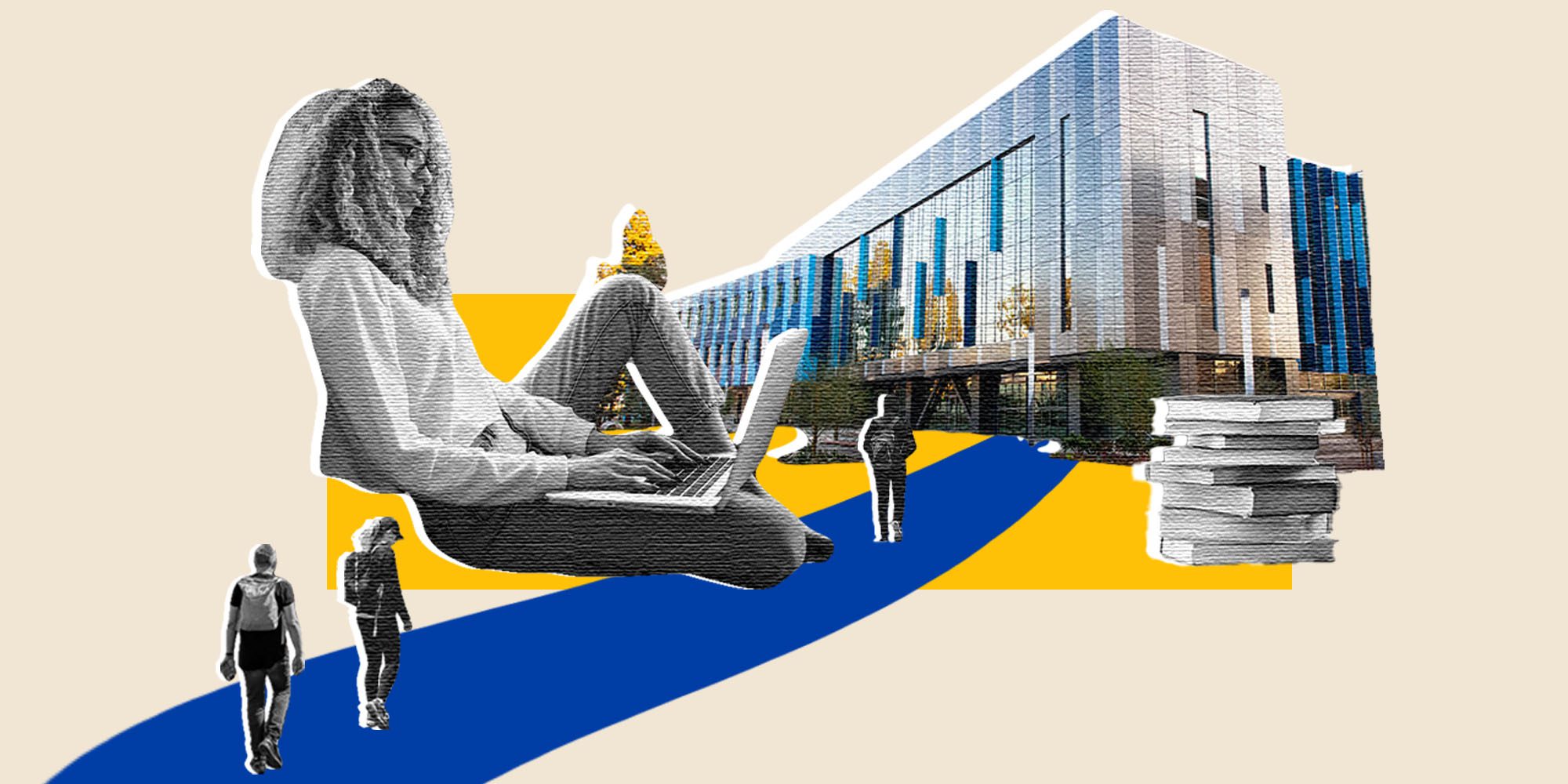 Thanks to the pandemic, edtech companies such as Top Hat, Crowdmark and Altus Assessments are seeing record demand for their software innovations.

As post-secondary students start the 2021–22 academic year, many of them will be walking onto campuses that haven’t seen much foot traffic since the pandemic began. According to CourseCompare, an online guide to university programs, 51.6 percent of Canadian universities plan to offer in-person classes this fall, compared to just four percent last September. Meanwhile, 41.2 percent of schools will continue with a hybrid model, offering a mix of in-person and online options.

The hope is that this year will be an improvement over the unprecedented disruption of the last one, when educators and students alike struggled to adapt to remote learning. When Canadian education-technology (edtech) company Top Hat surveyed 3,052 Canadian post-secondary students about their experience last year, 58 per cent said their education wasn’t worth the cost of tuition and less than half said they felt engaged with their classes.

As with so many other aspects of society, the pandemic forced educators to try new approaches.

“Last year not only showed how quickly post-secondary institutions can change, but also how resilient they are,” says George Veletsianos, a professor at Royal Roads University in Victoria and the Government of Canada’s research chair in innovative learning and technology. And some of these approaches will inspire improvements on a longer-term basis, he says. For some schools, that might mean providing a more flexible learning environment through more online options on an ongoing basis. For others, it will mean changing the way they assess students, or trying to reach students for whom university has long been inaccessible.

Normally, says Veletsianos, universities are slow to adapt to new technology: “They can’t move as quickly as other industries.” So, in that sense, these continued online and hybrid experiments offer a rare opportunity: a chance to experiment and see how post-secondary education can be improved.

The hope for integrating digital tools into education is not to substitute in-person classes, but to create a more engaging experience overall. “The main argument for a hybrid model is that you can use the time that people are together to do things they can’t do when they’re alone,” says Veletsianos, explaining that lectures and assessments could be delivered to a student’s home so that in-class time could be used instead for things like discussion and community-building.

In order to do that, however, students need to be able to move seamlessly from online to in-person. That’s something that Top Hat has been providing for more than a decade and, since the pandemic began, the company’s number of users has spiked by 50 percent. During in-person classes, professors can poll students’ smartphones for feedback and students can type questions. Attendance can be taken on the platform, and quizzes and tests can be administered. When students go home, all the content and capabilities are still there — and they can still engage with each other any time they wish.

From a student engagement perspective, though, a professor’s ability to customize a textbook on the fly may be the most significant thing about Top Hat’s platform. More than just text, its interactive digital courseware allows for embedded video and audio, animations, 3D models and opportunities for in-book assessment.

For example, last summer, Christine Booker — an assistant professor at Virginia Commonwealth University — was using Top Hat to write a textbook on health inequity and was able to insert material that dealt with the murder of George Floyd in time for that fall’s term. And when GameStop stocks skyrocketed due to a flood of small investors in January, Vanderbilt University lecturer Stephen Buckles immediately integrated analysis of the phenomenon into his economics textbooks.

“If you think about content in almost all other realms of our life, it evolved pretty dramatically as a result of digital, becoming more affordable and more interactive. That’s been a very slow change in higher education, but it’s one that is gaining big traction.”

“There’s a lot of conversations on Twitter from faculty about how their students value flexibility because they’re not just students,” says Veletsianos. “They also work and have families. They manage different responsibilities in their lives and they’re all important.”

Edtech has brought that flexibility to students. After all, learning remotely means you can learn from anywhere. It’s also helped to make the running of courses more efficient — for instance, with online tests, which was the only way to run them last year. “Remote assessments will continue to grow in usage going forward,” predicts Michelle Caers, CEO of Crowdmark. “And we will eventually be in a paperless environment for universities and colleges.”

Crowdmark is a digital tool that’s something like the Google Docs of grading. Complicated tests, especially in STEM subjects, often require multiple people marking and have to be run like an assembly line. With Crowdmark, paper tests are scanned and put online, where markers can then access them whenever needed. That can be done with in-person tests, but also in real time with online assessments.

Online proctoring of exams has been controversial during the pandemic — with concerns over privacy and discrimination — but Caers says institutions that use its solution allowed lecturers to take a different tack. Instead of a few high-stakes exams, instructors started running more assessments more often. “That reduces the incentive to cheat and it tests on smaller amounts of information, which better supports learning,” she says.

Veletsianos agrees that the trend toward more frequent assessments will likely continue even after the pandemic, as professors have learned they’re better at monitoring student comprehension and also reduce the anxiety students face with high-stakes exams. He warns, however, that expecting technology to drive the change is the wrong way around — and it’s yet to be seen how many institutions will adapt from the top down. “An educational technology company can make your assessments more efficient and more frequent, but for an institution to go there, they need to change the way they think about assessment,” he says.

As well as allowing current students to learn from anywhere, online and hybrid options can open up post-secondary education to more people — including those who live in rural areas, or students who are unable to relocate due to jobs or family.

That inclusiveness can start right at the beginning: with admission. Altus Assessments, which launched in 2014, provides online questionnaires and automated video interviews in order to include a personality-related data point when sifting through applicants to a program. During the pandemic, without the ability to conduct in-person interviews, dozens of institutions started using Altus’s solutions.

But even when things go back to normal, CEO Rich Emrich thinks those who came on board will still see the value of an initial online screening. “If you’re more confident with the people that are coming to interview, you can potentially ask fewer of them to come in,” he explains, adding that this saves university resources while simultaneously showing respect for applicants’ time.

Ultimately, there’s no question that the students who walk into their classrooms will reap the benefits of face-to-face exchanges with their peers and professors. But hopefully, even though it was involuntary, the months of online learning will create some positive changes as well — and a rethinking of how post-secondary education can work.

Rohrlich believes that mindset change is just around the corner. “The transformation of education is going to happen in a condensed time period,” he says. “We’ll take major leaps in the value to students, enabling that through technology in the next three to five years.”

The new reality: How the pandemic is redefining immersive learning