The metaverse is about to change your life — so, you should probably know what it is 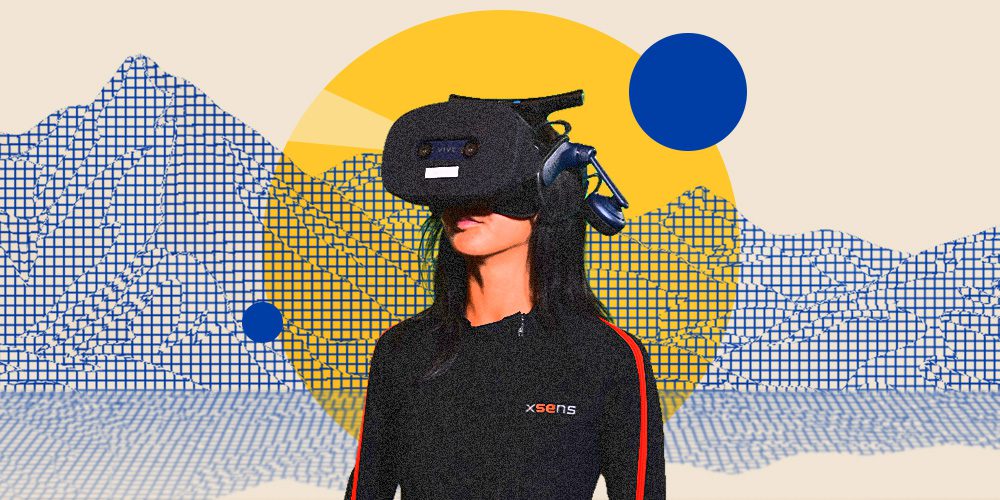 Love it. Distrust it. Live in it. Make oodles of money off it. It’s still a mystery as to how humanity will embrace the metaverse. But one thing’s for sure: it’s going to be interesting.

Given the dystopian chaos we’ve endured the past few years — a pandemic, a specific presidency, murder hornets — you’d be forgiven for wondering whether we collectively inhabit an expert-level simulation.

In the midst of it all, Mark Zuckerberg emerged last October to rebrand Facebook as Meta, and trumpet his vision for a new virtual world, one awash in non-fungible tokens (or NFTs), avatars and jam-packed “wardrobes” of digital clothes. A digitally rendered bright-eyed Zuck strolled the perimeter of what appeared to be an enviable winter-vacation property, complete with Scandi-chic fireplace. But where exactly was he? Do we want to join him? And how would we?

The succinct answer is: he’s in the metaverse, and we’re already in it. (Stay with me.) First coined in Neal Stephenson’s 1992 cyberpunk novel Snow Crash, the deeply amorphous term describes an immersive, 3D-rendered virtual space that is collaboratively built, evolves in real-time, and continues to exist even after you’ve unplugged.

As an analog to the real world, in the metaverse, users will soon be able to shop, work, “eat,” change their appearance, socialize, and engage in perhaps the most human of all pursuits: fighting over real estate. As the enterprising Meta CEO described it, it’s “an embodied internet.”

The concept will sound familiar to anyone who has ever played Animal Crossing, purchased cryptocurrency, or Zoomed into a meeting — all highly metaversal pandemic pastimes. The difference in the future will be a matter of scale: more sophisticated tech, more users working and playing, and, crucially, more creative ways to spend money.

Big-name brands are already stampeding into the metaverse: Nike acquired digital-goods developer RTFKT to produce virtual sneakers; Samsung created shrunken, metaverse-ified versions of its appliances to outfit users’ imaginary homes; and Barbie and fashion house Balmain are teaming up on a line of digital art. Even Applebee’s is rolling out branded NFTs — a kind of asset that only exists digitally — which is surely a sign of the times.

Strap on your headsets

A few factors account for the metaverse’s recent, warp-speed rise to ubiquity. The first is a widespread desire for new kinds of shared experiences that don’t necessarily require us to leave our couches, courtesy of COVID-19.

“Even before the pandemic, movie-theatre attendance was at an all-time low, and there were 12,000 major retail closures in the U.S. in 2019 alone,” says Sami Siddique, founder and CEO of Cya LIVE, a Toronto-based social platform that specializes in shared online events like gaming, movie screenings and concerts. “Habits are shifting, and people are over just talking. We want to go beyond that online and actually do things together.”

Siddique says that the onset of COVID pushed platforms like Cya LIVE “five years into the future,” prompting the firm to rapidly produce a 3D version of its original offering. “You can still access it with your phone, but you can also use access points like (headsets) HoloLens and Oculus. The experience is much better than staring at a 2D screen.”

The question of which — and how much — hardware will be required for entry into the metaverse is now top-of-mind for prospective users. Meta’s October announcement unleashed a modern arms race of sexy, metaverse-compatible gadgets — a sector that could eventually balloon into a $1-trillion business, according to cryptocurrency firm Grayscale.

As it stands, laptops and phones are table stakes; virtual reality (V.R.) headsets are O.K., if heavy, occasionally motion sickness–inducing, and definitely not a street-style favourite; and brain-computer interfaces — which translate the brain’s electrical signals into outputs — are feasible, but still likely decades away from popular use.

One of the emerging fault lines in the metaverse is between V.R. — fully immersive worlds — and augmented reality (A.R.), adding a digital overlay to the world we live in now. Early front-runners in the innovation space are, unsurprisingly, Meta and Microsoft. At the tail end of 2021, the former was granted hundreds of patents to develop objects that enhance the grainy realism of its new experimental virtual environment, Horizon Worlds — like gloves that enable avatars to pick up and put down objects, and clothes that realistically wrinkle with movement — in addition to its existing Oculus headsets. For its part, Microsoft, which already deploys holograms and cornered the collaborative-gaming market with Xbox Live, is a pioneer in the world of A.R. It is set to roll out 3D retail and workplace overlays and will add avatars to its booming business-conference app Teams later this year.

“I’m on the side of thinking the ultimate metaverse winner will be A.R., which is a slightly different way of blending the physical and digital worlds,” says Caitlin Fisher, director of the Augmented Reality Lab at York University and a Canada Research Chair in Digital Culture. Rather than a wholesale swallowing of humanity by V.R.’s model worlds, Fisher foresees a more moderate adoption of metaversal tech, reminiscent of the halcyon days of Pokémon GO: parks, clubs, shopping centres, and heck, entire neighbourhoods equipped with an interactive digital overlay. “Obviously, there’s the dystopian imagining, where it’s nothing but advertisements on everything and labels on trees,” she says. “But you could also have persistent story spaces, where everything that’s physical — buildings, art, commercial opportunities — has also been imagined digitally.”

Perhaps the most seductive promise of the metaverse is the opportunity for reinvention: why show up as yourself when your avatar can be taller, slimmer, or simply a dinosaur? Why settle for your tiny-yet-overpriced condo when you can inhabit a virtual mansion, possibly next to a famous rapper? In December, one Sandbox user paid $450,000 to become Snoop Dogg’s digital neighbour.

“The cautionary tale in so many (sci-fi) stories is that the physical world — and its realities and problems — are allowed to languish in favour of these virtual creations,” says Fisher. “We already see that happening in cases where the preference has become to text and not call, or prefer connecting on social media to going out. The better virtual worlds are, the more dangerous they might be in encouraging people to stay there a long time.”

If questions of “identity and power and conformity” come with the metaverse, Fisher says, so, too, do our basest impulses.

“These are not worlds where we are imagining something totally fresh,” she says. “We often bring the worst of ourselves and our communities (online).”

In fact, there is already evidence that users don’t drop their biases at the door of fake malls and virtual meeting rooms. In late November, a woman reported being digitally “groped” by a stranger while beta-testing Horizon Worlds. (Meta has since publicized a “Safe Zone” utility, which encapsulates users in a protective bubble if and when they feel threatened.)

Closely examining the metaverse’s kinks is something of an occupational hazard for Raja Khanna, co-founder of Toronto’s Spatial Industries Group, which relies on proprietary spatial-computing technology to power its two arms: Dark Slope Studios, an animation-centric entertainment company, and Lumeto, which creates simulated learning environments for the healthcare industry. “There’s a lot of positivity here,” says Khanna. The technology “can improve accessibility, it can improve engagement, and it has the ability to connect with people across the world. But at the same time, we’re facing the prospect of the kinds of mental-health challenges we’ve seen with teenagers on social media. It’s very easy to imagine how (the metaverse) makes that worse.”

Khanna says the key to safeguarding any potential metaversal implosions — corporate overreach, in particular — will be a strong emphasis on regulation.

“We’re now in a world that’s more open to regulating these large companies than we were before — in fact, there seems to be a strong appetite for it globally,” Khanna says. “I’d like to think that we are more open to addressing these concerns at the outset, rather than what we did with Internet 1.0, which was just let it run free and try to fix it after the fact.”

Fisher, and other experts, estimate that humanity is still a while away from becoming fully ensconced in the trappings of the metaverse — maybe 10 or 15 years — which gives us plenty of time to ask what of the old world we want to bring with us, and maybe more importantly, what is better left behind.

“The metaverse is a concept that is not fully realized, so this is really an exercise in the power of imagination,” she says. “This is exactly the time where people should say, ‘What would make our lives better?’ ‘How can we learn from the decades of interesting experiments that have already happened?’ and, ‘If these are the tools, what will I do?’”

MaRS believes “innovation” means advancing Canadian technology for the benefit of all people. Join our mission.