Rethinking the future of plastic 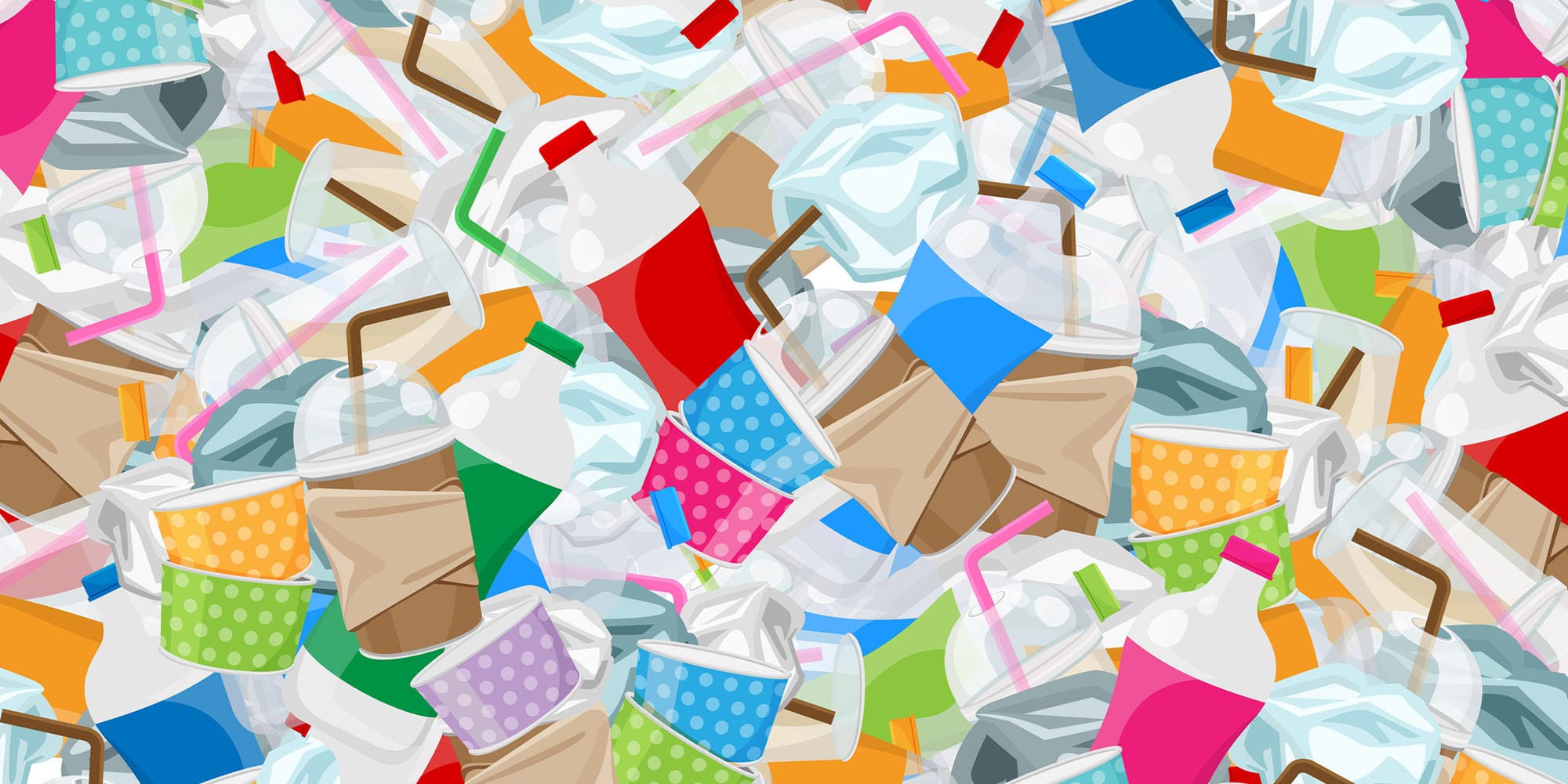 It’s one of the most useful products ever invented — and also one of the most problematic. Canadian ventures, such as Pyrowave, GreenMantra and Genecis, have developed technological solutions to produce and recycle it sustainably.

Jocelyn Doucet, CEO of the Montreal-based cleantech startup Pyrowave, vividly remembers the great plastic crisis of 2017. It was a turning point for his company: the conference invitations started pouring in, and within a few years, he’d find himself tripling the size of his staff. Before 2017, Canadian municipalities had a simple method for disposing of synthetic waste — they’d ship it across the Pacific. For a fee, Chinese companies would sort through bales of foreign plastic, recycling what was easily salvageable and consigning the rest to landfill. Then, in April of 2017, Chinese president Xi Jinping announced Operation National Sword, an initiative meant to reduce pollution by limiting the amount of trash the Chinese state imported.

The decision took the West by surprise, and in cities across Europe and North America, the garbage piled up. “In Montreal, there’s a plastic-sorting facility by the Trans Canada Highway,” says Doucet. “You’d drive by and see piles and piles of plastic. Nobody knew what to do with it.” In desperation, some cities introduced plastic bans. Others began dumping waste in waterways and landfills. The upshot, for Doucet, was a surge of investor interest in his company, which specializes in plastic recycling. “From 2010 to 2016, I was unsuccessful at raising money,” he says. “When the crisis hit, people finally accepted that the plastic problem was real.” 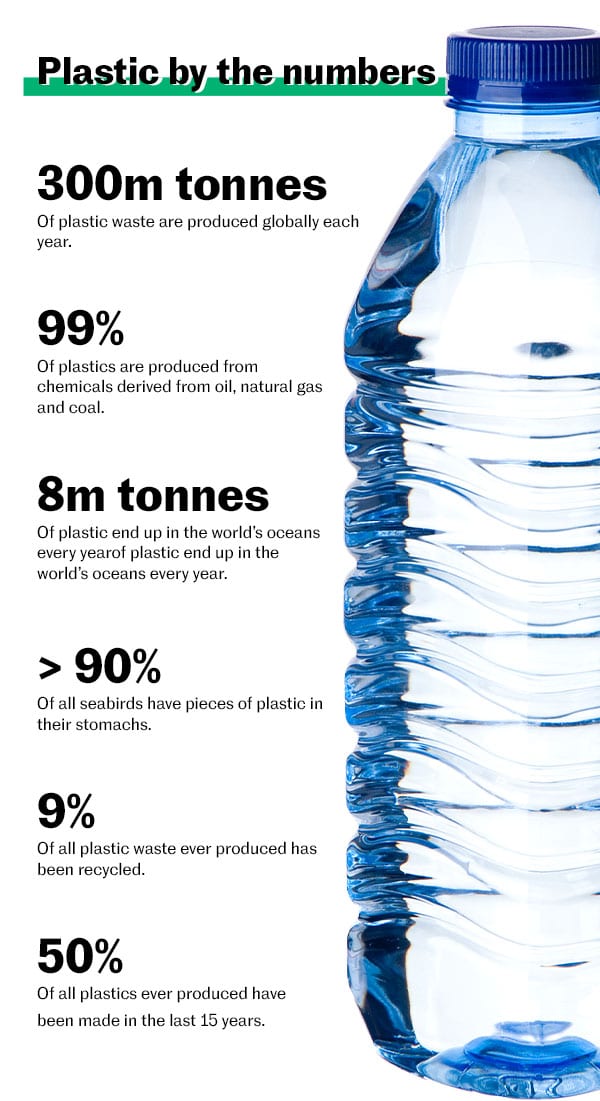 Pyrowave specializes in pyrolysis, a decomposition method whereby substances are exposed to heat until they break down. The technique is nothing new. The Ancient Egyptians pyrolyzed logs to extract methanol, a chemical used in embalming. When you char wood to make charcoal, or caramelize onions to serve alongside pork chops, you are practising pyrolysis. When plastic waste is melted into its constituent parts, that’s pyrolysis, too. Traditional methods are resource intensive: you need fuel or gas to heat the ovens. But Doucet’s company uses microwaves instead, a process that is completely electrified, and therefore compatible with renewable-energy sources. (“Pyrowave” is a portmanteau of “pyrolysis” and “microwave.”)

Pyrowave’s focus is polystyrene, the material used in disposable razors, petri dishes, test tubes and smoke detectors. It can be blown up into Styrofoam, or incorporated into buildings, where it serves as an insulant. But polystyrene is notoriously difficult to dispose of. It takes centuries to biodegrade. It looks unsightly floating on water, except to fish and birds, which mistake it for food. And when you melt it down, it decomposes into a soup of chemicals.

Unless, as Doucet discovered, you use microwaves, a process that, unlike conventional pyrolysis, breaks the material into clean, consistently sized molecules. “Conventional pyrolysis is like taking a sausage and throwing it at the wall,” says Doucet. The results are messy. “Microwave pyrolysis,” he adds, “is like using a meat slicer to produce even cuts.” In short, the Pyrowave system melts polystyrene down into a relatively clean product, containing a high yield of styrene, an oily liquid that can be used to produce … more polystyrene.

That’s hardly a bad thing. The point of Doucet’s technology isn’t to rid the world of plastic but rather to bring one plastic product (polystyrene) into the circular economy. Environmentalists who dream of a plastic-free future are probably deluding themselves about what’s possible — and what’s desirable, too. As an industrial material, plastics are simply too useful to give up completely. But we can find better ways to produce and dispose of them. “For that, we need technological solutions,” says Doucet.

The evolution of a product we can’t get enough of

In the 1860s, billiards was all the rage. But the ivory balls were expensive to make, since production depended on the slaughter of wild elephants. In 1869, Michael Phelan, an Irish American billiard player and parlour owner, offered $10,000 to anybody who might develop a substitute material. The competition spurred John Wesley Hyatt, a New York inventor, to create celluloid — the world’s first commercial plastic — by treating nitrated cellulose, a material derived from cotton fibre, with camphor, a crystalline substance extracted from Chinese evergreen trees.

There was nothing else like it. Because it was a polymer — that is, a material comprised of long, bendable molecular chains — celluloid was uniquely malleable. While other industrial materials of the era were extracted from the natural environment by miners, loggers or poachers, celluloid was made in a lab or factory. The invention of synthetic plastics was a turning point for humanity. Celluloid, for instance, was soon used for dentures, clocks, photographic plates and film. Without it, there would have been no Hollywood.

Over the following century, numerous other plastics — Bakelite, nylon, Plexiglas, synthetic rubber — came on the market. All were polymers of one kind or another, and most were derived from petrochemicals. (Crude oil contains olefins, the hydrocarbon molecules from which plastics are made. For that reason, plastic-production plants are typically integrated into oil refineries.) By the mid-20th century, plastic had become every bit as essential to modern life as central heat, electricity and the internal combustion engine.

That fact is often overlooked. When the word “plastic” comes up, people typically envision shopping bags and disposable straws. But these products are a tiny subset of a vast industry. Today, plastics are embedded in our automobiles, via dashboards, gauges, dials and seatbelts; our homes, via plumbing, piping and vinyl siding; and our bodies, via medical implants, like stints and meshes. True, they are extremely harmful to the environment: they degrade slowly; they enter our digestive systems, potentially contributing to colon cancer and bowel disease; and they pollute our oceans, which by some estimates will soon have more plastic products than fish. And yet, we can’t carry on without them. To rid our society of plastic, we’d have to overhaul pretty much everything about the way we live.

Perhaps, though, we can transform our plastic-production processes instead. Luna Yu is the founder and CEO of Genecis Bioindustries, a Scarborough, Ontario manufacturer of Polyhydroxyalkanoates (or PHAs), a biodegradable plastic. While most PHAs are made of sugar, Genecis uses food waste provided by facility-management companies, like Sodexo Canada.

At Genecis, the waste goes through a two-step fermentation. First, it is exposed to a bacterial culture, which eats the waste and converts it into carbons. Then, a second bacterial culture consumes the carbons and turns them into PHAs, which can be molded into bio-plastics suitable for food packaging and medical sutures. For Yu, there are many advantages to using organic garbage as a raw material. Chief among them is this: Your suppliers actually pay you to take the product off their hands. “Right now, we’re accepting the materials at a low cost,” says Yu. “But once we scale up and move beyond the experimental phase, we will charge our suppliers a whole lot more.”

Such shrewd business calculations are also essential to the work of Jodie Morgan, CEO of GreenMantra, a startup based in Brantford, Ontario. Unlike Pyrowave and Genecis, GreenMantra doesn’t make plastic. Rather, it makes an industrial additive to be used by producers of roof shingles and packaging. But the raw material is plastic waste, which the company processes in an unusual way. While most plastic recyclers break down the long molecular chains — or polymers — into individual molecules, GreenMantra only goes half as far: using a proprietary chemical formula, the company cuts the polymer chains into shorter molecular clusters. (Imagine breaking a Lego tower into individual blocks. Now imagine breaking a Lego tower into clumps of six or seven blocks — that’s what GreenMantra does.) The resulting substance is a hard wax, which the company calls ceranovus.

What does it do? Morgan compares ceranovus to yeast, which, when added — even in tiny amounts — to dough can make all the difference between a dry slab of matzah and a rich loaf of bread. Similarly, a handful of ceranovus pellets can strengthen industrial processes, enabling roof-shingle manufacturers, for instance, to make a high-grade (i.e. durable, climate resistant) product out of relatively cheap materials.

Morgan is most excited about the implications for plastics. Today, it’s common for major companies — Unilever, Coke, Colgate — to commit to using some recycled plastic in their packaging. The problem, however, is that post-use plastic isn’t all that great: it doesn’t flow easily into molds, and it often emerges weak or misshapen. But a small addition of ceranovus can make recycled plastics perform like they’re new. “There’s a multiplier effect at work,” says Morgan. “If you add, say, 2 or 3 percent of our product into your formula, you can then incorporate 25 percent more post-use plastic. This means that a lot more plastic will be taken out of oceans and landfill.”

Doucet, of Pyrowave, imagines a future in which our plastic-recycling infrastructure is every bit as sophisticated as our petrochemical industries. This development would be a striking departure from the status quo, but it’s not difficult to imagine. In fact, the two industries aren’t so different.

“What is a barrel of crude oil?” Doucet asks. “It’s basically a mixture of carbon, hydrogen and heavy metals that comes out of the ground.” In short, it is a sludgy compound that is of little use to anybody until it’s distilled into its constituent parts — propane, gasoline, jet fuel, asphalt and also the olefins from which polymers are made. In this respect, it’s a lot like a bale of discarded plastic — an unsightly, foul-smelling amalgam of materials that can be garbage, yes, but also a valuable commodity once you extract the riches contained within it. “From a messy mixture, you can make a market-compatible product,” says Doucet. “Plastic waste is the new crude oil.”

Want the MaRS magazine delivered to your inbox? Sign up for our newsletter and never miss a story.

How Canadian startups can access great talent south of the border

How to get the most out of MaRS Impact Week