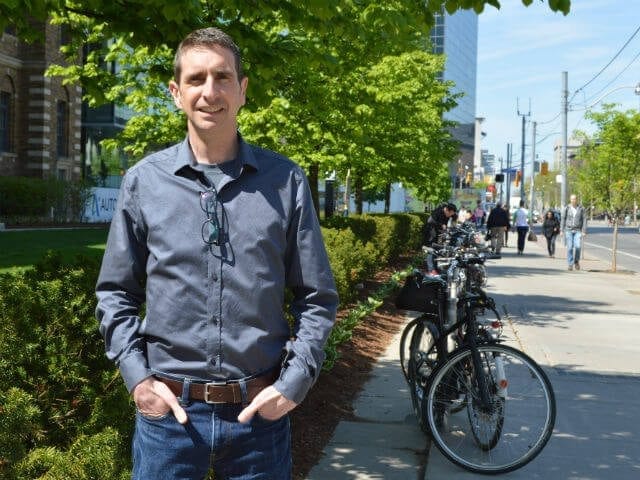 China has recently been battling some of the worst urban air pollution in its modern history. High levels of toxic smog in more than 20 cities forced many in December to stay indoors and off roads, while local industries were ordered to slow down or halt operations. The economic impacts have been very real.

It’s no surprise then that Chinese authorities recently revealed plans to spend $1.9 trillion over the next five years on initiatives and technologies designed to protect the country’s environment and reduce its greenhouse-gas emissions. Broken down annually, that’s more than its military budget, and nearly 3 per cent of its entire GDP.

Canada is competing for a slice of that massive pie, which is why Environment and Climate Minister Catherine McKenna led a clean energy-focused mission to China in December with the goal of strengthening trade ties between our two countries. Of course, the opportunity is larger than China – from Asia and Africa to South America and Europe, the need for low-carbon, zero-polluting technologies has never been greater and the desire to invest never stronger.

Ottawa, the provinces and territories know they have to boost support for emerging Canadian cleantech companies, and the good news is that both levels of government are at same table and working together to unlock the sector’s immense potential, not just at home but abroad. After many months of extensive consultation with citizens, businesses, local governments and civil society, we closed 2016 with a national climate action plan in hand that places strategic importance on the health of our country’s cleantech sector.

Much of the plan, released in December as the Pan-Canadian Framework on Climate Change and Clean Growth, outlines measures to reduce Canada’s own GHG emissions. It includes a national carbon-pricing strategy, a 2030 target for phasing out coal-fired power generation, a big boost to electric vehicle infrastructure, and an aggressive roadmap for tightening up building codes.

It also acknowledges the need to up our game on the global stage. “To effectively compete in the global marketplace and capitalize on current and future economic opportunities, Canada needs a step change in clean technology development, commercialization, and adoption across all industrial sectors,” the plan observes.

With that in mind, it spells out a series of actions that governments have agreed to take, recognizing that success abroad is directly related to stronger support at home. On the innovation front, it calls for more “mission-oriented” approaches to research and greater collaboration with the private sector. Is cleantech R&D filling a market need? It is leveraging Canadian strengths, and avoiding duplication?

To help companies along the path to commercialization, the plan highlights the need for more effective mentoring and skills development programs, better access to private-sector capital, and faster processing of visas and work permits that allow cleantech companies to recruit the world’s top talent.

It also shines a light on the crucial need for a national cleantech data strategy. The fact is, our knowledge of the sector is mostly a cobbling together of different datasets from different regions using different standards and definitions. As the saying goes, you can’t properly manage (and improve) what you don’t accurately, comprehensively and regularly measure.

Finally, the plan appreciates that Canadian cleantech companies, to boost their chances of selling into foreign markets, must show a track record of adoption within Canada. If Canadian industry and government isn’t willing to use homegrown cleantech innovation, what message does that send to countries like China and India or a neighbour like the United States?

On this point Ottawa and provinces have pledged to lead by example and bolster efforts to procure low-carbon technologies. In doing so, public buildings, fleets and infrastructure will increasingly become first-time demonstrators of local innovation.

The plan is as ambitious as it is necessary. Know that the team at MaRS Cleantech will be closely watching, and providing input where relevant, as the federal government and provinces work to execute this pan-Canadian framework.

If you liked this article, take a look at my thoughts on Canada reaching a tipping point in renewable energy.