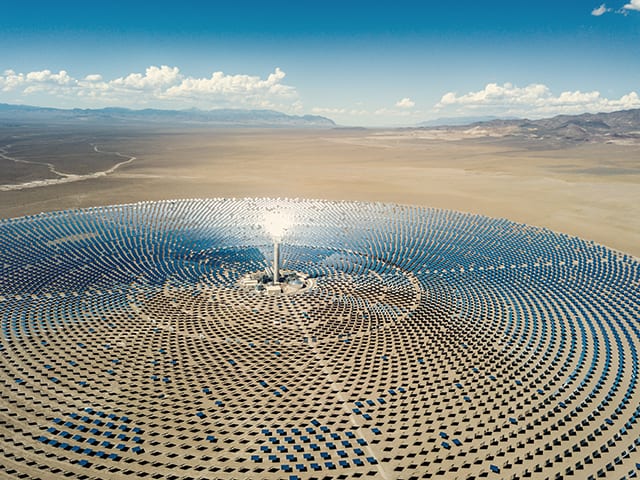 It’s the most basic tenet of capitalism: solve a big problem, make a big profit.

As last year’s UN report made clear, there is currently no bigger problem than climate change. Putting the global economy on a more sustainable environmental footing requires urgent and bold action — and it is also an enormous business opportunity for Canadian entrepreneurs.

There’s no denying that 2018 was an alarming year for climate change. Even as all-time temperature records were set around the northern hemisphere, global carbon emissions actually rose 3 per cent.

But hiding behind the headlines is a more optimistic story: the market for clean technologies is growing rapidly. According to the Smart Prosperity Institute, by 2022 cleantech will be a $2.5-trillion global industry.

Canada already punches above its weight in the sector. We are ranked among the best places in the world for cleantech innovation, with more than 800 cleantech companies employing 55,000 people here. Here at MaRS, we support more than 200 cleantech companies, working in areas from energy and advanced manufacturing to agriculture and transportation.

That strength will be on show in San Francisco at the end of this month as a sizable Canadian delegation heads to the Cleantech Forum, one of the world’s leading conferences for sustainable technologies. Each year, a list of the world’s 100 most promising cleantech ventures is revealed at the event, and Canadian companies — many of them MaRS-supported ventures — have featured prominently in recent years. Canada is expected to do well again this year (the list will be announced on January 28, so stay tuned).

The depth of Canadian cleantech innovation and the growth of our companies in this sector opens the way to create a powerhouse industry that will drive the economy and curtail emissions.

Take CarbonCure, a MaRS-supported company that’s developed a proven way to capture carbon dioxide and inject it into stronger, more durable concrete. Even a 10 per cent deployment of CarbonCure technology in the global concrete market would reduce emissions by 50 megatons annually. For context, Canada’s entire annual carbon emissions are 700 megatons.

As a medium-sized economy, Canada’s home market just isn’t big enough for our companies to grow to a scale where they can make an impact on a global problem like climate change. They have to go global.

We are making progress on this front. Companies like Mississauga-based Hydrogenics, which creates hydrogen fuel cells for zero-emission transportation, already generates most of its revenues outside Canada, with major customers in Europe, China and the U.S.

To create more based-in-Canada but not stay-in-Canada ventures, I think we have to do three things:

1. Continue to attract and develop the best talent.

Canada is becoming a magnet for the talented workers that fuel innovative economies. It’s vital that we maintain our flexible immigration policies and continue to welcome newcomers to Canada into our innovation ecosystem. Initiatives like the recent Women in Cleantech Challenge are also important to ensure that the ideas of half the population aren’t left on the sidelines.

We need to forge strategic partnerships in large foreign markets open to innovation, with customers who are early adopters of revolutionary technologies.

3. Increase the supply of smart money.

Good investors do more than just write a cheque — they also bring expertise and market connections. We need to keep attracting strategically connected global venture capital funds that can fuel company growth. We should also look at sources of funding that are sitting on the sidelines — Canada’s massive pension funds are a good place to start. They’re among the most respected investors in the world and manage over $1 trillion of assets, many of which are exposed to climate change, so they have a vested interest in fostering the success of our cleantech champions.

If we can get this right, we will get more clean technologies into use, more widely and more quickly. That will be good for Canada, and good for the planet.

How do we save public transit post-pandemic? Make it on demand