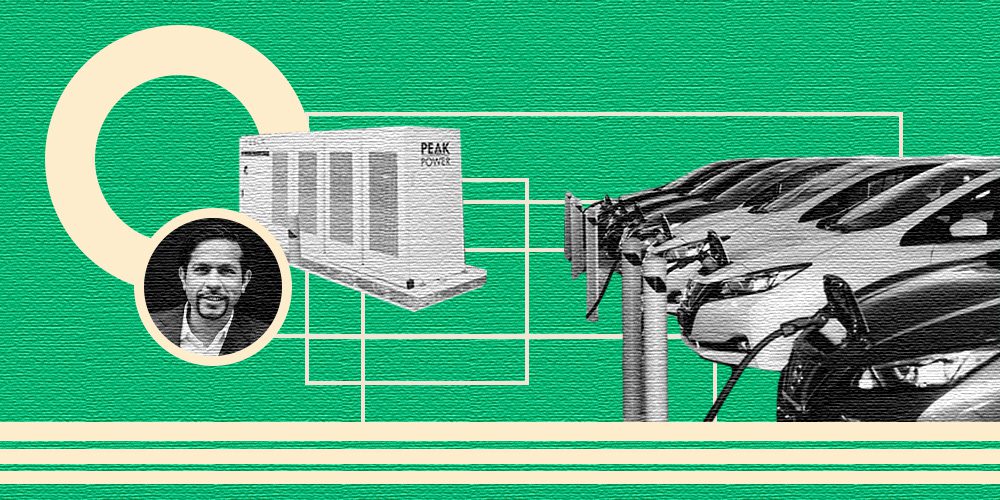 Toronto company Peak Power is already setting the E.V. dream in motion, relieving the grid on the road to net zero.

It’s a truism of the car-buying world: a new vehicle is a terrible investment. The moment you drive it off the lot, it plunges in value. But what if that same vehicle actually generated income and put money back in your pocket?

That’s precisely what Toronto-based, cleantech company, Peak Power, is shooting for. Collaborating with Ontario utility Hydro One, Peak Power is launching a vehicle-to-home pilot program that could potentially change the way Canadians think about energy consumption and distribution forever.

The pilot will essentially turn up to 10 Nissan Leaf electric vehicles across Ontario into micro power plants. With Peak Power installing its software into owners’ homes, the company will determine how the cars can provide backup electricity during simulated power outages and even send power into the home when energy demand spikes. Not only can vehicle-to-grid technology cut costs and power a home for approximately three days, but it also helps reduce harmful emissions, too.

Not bad for a family car that typically just sits in the driveway for about 95 percent of the time anyway.

“What if people who are contributing to climate change can be the solution and get paid to do so? Then you put the environment on the balance sheet, and you’ve created perfect alignment,” says Imran Noorani, Peak Power’s chief strategy officer, who explains that investors are starting to think of Peak Power’s vehicle-to-grid technology as the company’s “golden egg,” a potentially lucrative, industry-disrupting solution of the future. “We’re very ahead of the curve. Investors are paying attention.”

The project is just one of the latest initiatives for Peak Power, which uses A.I.-based technology to optimize buildings through the intelligent management of energy use, energy storage, and E.V.-grid integration.

Peak Power’s battery energy storage systems have already been installed in Toronto, New York State and California. For instance, Peak Power has introduced a vehicle-to-grid project in commercial office buildings in downtown Toronto. People drive electric vehicles leased from Peak Power and plug them into bi-directional chargers, allowing electricity to flow both ways. The Peak Drive program allows the cars to upload their energy back into the host building’s supply when demand on the Ontario power grid is high. While the vehicles don’t feed the grid itself, they lighten the load for the immediate area.

The timing for innovative solutions couldn’t be better, says Terry Young, StrategyCorp consultant and past president of the Independent Electricity System Operator (IESO), which manages Ontario’s power system. For years, he has seen the electrical system slowly innovate to include solar, wind and new battery storage solutions. But now it’s time to move forward — and quickly.

“There is a need to accelerate, not just the development, but the implementation of innovative technologies that Peak Power and others are offering,” Young says, explaining that traditional generating technology is aging out. And with electricity demand expected to increase and communities taking a greater interest in generating their own power, “Ontario will need the clean resources that these innovative technologies represent. Other jurisdictions around us are also pursuing innovation, and Ontario needs to keep pace or risk losing its competitive advantage.”

In fact, turning buildings into smart energy storage could revolutionize the traditional electrical grid as we know it. Compared to having energy flow from a large generator hundreds of kilometres away, it would make the system more efficient and effective to generate and store energy onsite or within communities. The best news? Buildings, chock-full of latent capacity, are everywhere. That means with a smart battery housed in every basement, they can be used to store and disseminate electricity in pretty much any neighbourhood or business district. Cars are ubiquitous, too. So are utilities. Why not tackle all three sectors and hit global warming where it counts?

“The building, energy and transport sectors are collectively emitting two-thirds of GHGs (greenhouse gases) in the world, so let’s start chipping away at these sectors in one fell swoop,” says Noorani. 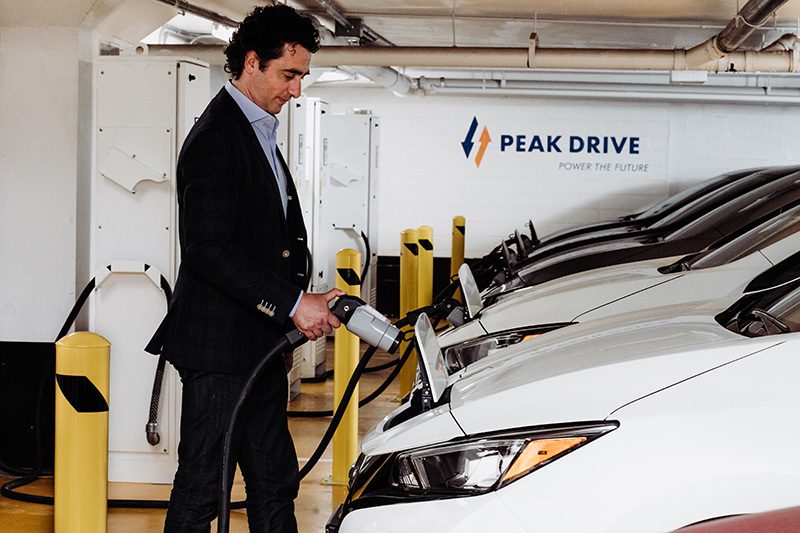 From California’s raging fires to British Columbia’s floods — not to mention the major power crisis in Texas after severe storms pounded the area last February — simply finding ways to conserve energy is no longer enough, says Noorani. It’s time to rethink the whole system. Unfortunately, despite more government interest in deploying clean-energy solutions, large, lumbering electricity markets haven’t yet adapted to the new realities of smaller, customer-owned energy resources. As Peak Power puts it, today’s markets are too opaque and incomprehensible for the average home or business user.

The company is working to educate prospective clients, such as commercial real estate owners and managers, on the savings and potential gains of adopting new innovations. After all, these software solutions don’t require spending billions on updating the grid. And it doesn’t hurt that battery prices, like we’ve seen with solar in the past, have been steadily dropping.

This perfect storm of innovation, need, affordability and good timing has grabbed the industry’s attention. Back in March 2020, mere days before the world shut down due to the pandemic, Noorani attended an auto-tech conference in Silicon Valley, hosted by the Canadian Trade Commission.

“I’ve got to tell you, it’s so humbling and it feels so great — when you walk into the room with Ford, Tesla, Volkswagen and everyone in there, and they’re all looking at you, going, ‘We need to talk to you. We want to know more about your project,’” he says. “We’re a little Canadian company, but we get to represent ourselves on a North American scale.”

To continue scaling in North America — and to go after the European market too — Peak Power is creating a reputation of another sort: as a top employer. Since its founding in 2015, it has grown from just a handful of forward-thinking innovators to 65 employees in Canada and the U.S. Being employee-friendly is a goal Noorani is passionate about, pointing out the company celebrates justice, equity, diversity and inclusion, or JEDI, as they call it, and pushes its employees to find ways to feel fulfillment at work and after hours.

Noorani just returned from a scuba vacation as a way to recharge his own batteries. And as he watched fish darting through clear water — another resource to fiercely protect — he wondered what it would be like to introduce a vacation budget for employees. The funding would be an extra push that would push everyone to take time off each quarter.

Forget becoming a top 50 employer in Canada and thinking outside the box. Peak Power wants to slice the sides off the box and turn it into a dodecahedron.

“We’re an innovation company so we have to trailblaze,” he says. “We have to convince the sector to follow our lead.”

Peak Power is one of the 10 Climate Champions in Mission from MaRS. Together, these Canadian companies have the potential to reduce CO2 emissions by 42 megatons by 2030. Learn more.

In the wake of COP26, it’s time to standardize climate impact measurement

6 cleantech entrepreneurs share what helped them through the pandemic