How Canadian startups can access great talent south of the border 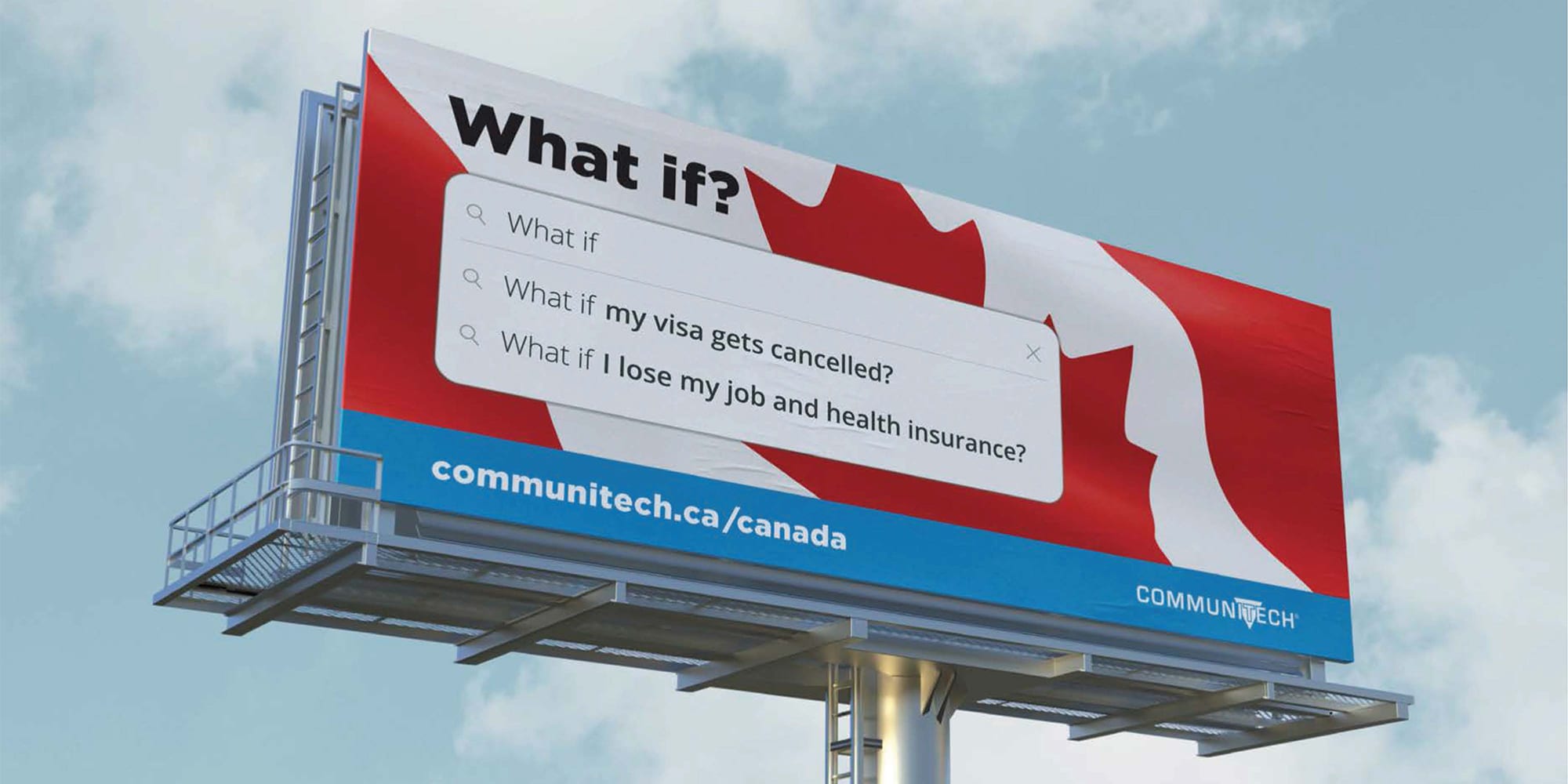 The political situation in the United States is causing many workers in the innovation space to consider other options. Canada’s innovation ecosystem stands to benefit.

For Lisa Brown, one of the hardest things about trying to maintain employees in the United States is managing their benefit packages. As the vice president of talent at Vidyard, a video software firm based in Kitchener, Ont., she’s responsible for ensuring workers’ medical and dental needs are covered.

The problem for Canadian companies that employ just a handful of people in the United States, as Vidyard does, is that benefits providers there are often geared toward larger organizations. Many won’t renew smaller contracts if they don’t see strong growth in annual head counts.

Talent managers like Brown thus worry about losing their employees’ benefits, which can result in those workers leaving for a better offer.

That was one of the main reasons she turned to Communitech Outposts, an initiative launched in January by Waterloo, Ont.-based business accelerator Communitech. Outposts has established business presences in both the United States and United Kingdom to act as the respective employer of record for Canadian companies looking to expand into those markets.

Employees in those countries technically work for Outposts, which handles all of the required legal, regulatory and human resources needs — including benefits — but for all intents and purposes they are considered to be part of the companies that hired them. The idea is that by managing small numbers of employees for many Canadian businesses in aggregate, Communitech Outposts will be able to obviate those benefit problems and other associated issues that smaller operations typically face in other countries.

By eliminating these minor but headache-inducing administrative issues, the initiative seeks to clear the runway for these companies to expand internationally.

“Putting together a one-stop shop together for us seems very appealing,” Brown says. “I’m very comfortable that they’ve done all the legal heavy lifting.” Brown was close to hiring two employees through Outposts, though both ended up accepting different job offers from competing companies. Despite that, she’s keen to continue availing herself of the service.

Communitech Outposts has launched at an auspicious time for Canadian companies looking to expand.

The political situation in the United States is forcing many workers in the innovation space to consider other options in terms of their living situations. In June, U.S. President Donald Trump added to this angst by signing an executive order that halted H-1B and H-4 visas — which are mainly used by tech industry workers and their families — until the end of the year. Aside from creating renewal problems for those workers whose visas expire soon, anyone who loses their job and can’t find a new one without 60 days faces the threat of deportation. Many people who have built lives in Silicon Valley are now worried about the veritable rug being pulled out from beneath them.

The Covid-19 pandemic is also resulting in many employees working from home, which is raising similar questions about living arrangements. Facebook, Google, Microsoft and many other big tech companies have announced plans to let employees work from home, in many cases until well into 2021.

Communitech Outposts is taking advantage of this uncertainty and the possible realignment of work locations with an advertising campaign targeting workers in Silicon Valley.

The company is running a series of billboards along the highway between San Jose and San Francisco, as well as in San Bruno, through the end of August. The ads depict a Canadian flag and a search engine that displays the questions, “What if my visa gets cancelled?” and “What if I lose my job and health insurance?” along with a URL for a Communitech website. 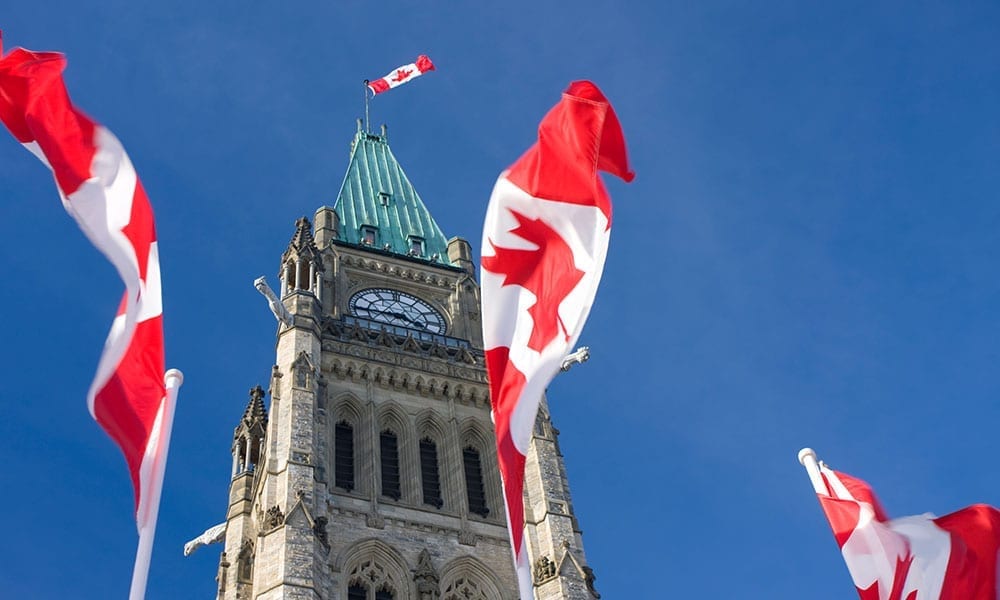 The goal is to get Silicon Valley tech workers thinking of Canada in terms of potentially relocating or considering a remote job with a company here. Visitors to the website can enter their contact information, experience and skills, which are then shared with relevant Canadian employers.

“The message is, ‘There’s this place north of you that wants you,’” says Saj Jamal, vice-president of marketing and events for Communitech.

Communitech Outposts originated with a problem experienced by Dave Caputo, founder of video networking firm PixStream and network equipment provider Sandvine. Before PixStream was acquired by Cisco in 2000, the company had its international hiring and HR needs taken care of by Newbridge Networks, one of its key investors. When Caputo started expanding Sandvine, which he established in 2001, he found the effort of hiring a handful of employees in other countries on his own to be onerous.

“It was like, ‘Oh my goodness there has to be a better way.’ It made us appreciate what we had at PixStream,” he says.

The initial plan for Communitech Outposts, he says, was to help growing companies find and manage sales people in other countries, since locals who know their market are often optimal in those positions. But the mandate has since expanded to include other types of workers, including developers, given the changing political and work-from-home situations.

Outposts will ultimately have a shelf life for each participating business, says Caputo, who also chairs Communitech’s board. Once a company gets to the point where it employs 10 or so people in a country through the program, it’ll likely want its own local operation. “Once you get over that, we probably work ourselves out of a job because it probably makes sense for you to have HR, recruiting, accounting and graduate to your own permanent establishment,” he says.

Candace Beres, manager of public relations for Communitech says enthusiasm for Outposts from local companies is high, with 25 individuals reaching out so far with interest in relocating to Canada or working for firms here as a result of the billboard campaign.

“That may seem like a small number, but there is data to support that everyone highly skilled tech job creates between six and sixteen other jobs,” Beres says.

Azhar Janjua, who was senior manager of global operations, legal and business affairs at Mississauga-based mobility company SOTI before becoming head of Communitech Outposts in December, says the organization is planning to add countries to its operational portfolio. Ireland, the Netherlands, Germany, Australia, Singapore, Mexico, India and Israel are on the near-term roadmap.

“Everyone hits that hurdle,” he says. “The point is to help Canadian companies grow to the next level.”

'It’s not good design if it’s not accessible'