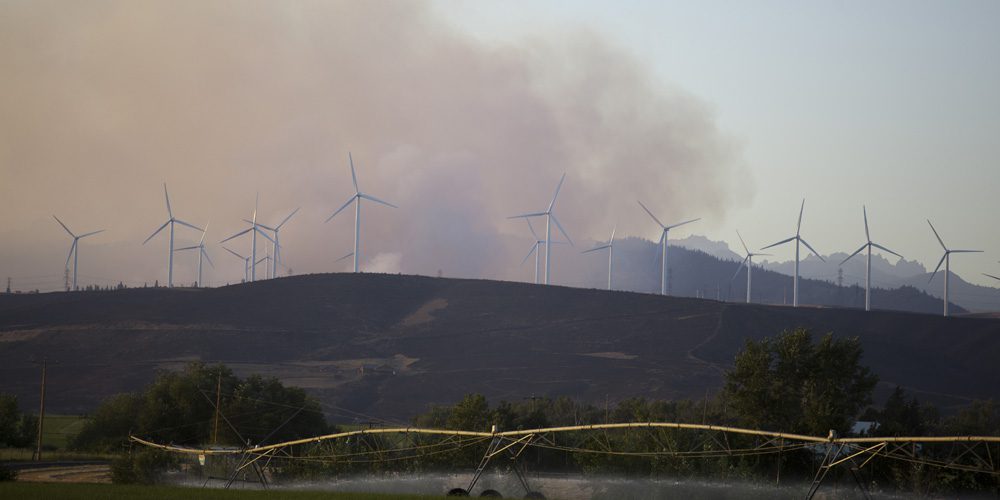 Innovative technologies that can reduce carbon emissions already exist — it’s a matter of implementing them effectively and efficiently to make them count.

Canadian companies are looking to scale up their businesses to supply growing U.S. demand for clean technology as President Joe Biden attempts to push through a slate of aggressive climate-change policies.

Under former president Donald Trump, the U.S. was already experiencing strong growth in low-carbon and zero-carbon technology, driven by increased corporate commitments and the policies of states like California. But Biden’s climate strategy promises to turbocharge that momentum. To meet its ambitious pledge of cutting greenhouse gas emissions in half by 2030, the country will need to ramp up its adoption of cleantech solutions.

Several Canadian cleantech companies have already made significant inroads in the U.S. market. Firms such as CarbonCure Technologies, Hydrostor and Peak Power are expanding their presences south of the border and poised to take advantage of even greater opportunities as the Biden administration pushes for tax breaks, clean procurement, federal spending and financial reforms that promote sustainability throughout corporate supply chains.

“The mood around cleantech has totally changed in the past year,” says Hydrostor co-founder and chief executive Curtis VanWalleghem. “It has really accelerated so that we’re now doing five years of business in one year.”

The growing U.S. market opportunity for cleantech providers could prove to be a double-edged sword for Canada, however. It will provide tremendous opportunities for companies to commercialize their technology and expand their operations. Innovative Canadian firms typically rely on international business to grow, given the smaller market and more risk-averse nature of business and government procurement at home. But the broader Canadian economy could become less competitive, with weaker growth prospects, if domestic firms don’t accelerate their adoption of low-carbon technology to keep up with the Americans.

After four years of Trump-era climate rollbacks, Biden has reignited federal action. The pledges have come fast and furious: The U.S. is rejoining the Paris Agreement climate treaty, and the administration has set ambitious goals to vastly expand the zero-emissions vehicle market and have a net-zero power grid by 2035.

However, it’s unlikely that key elements of Biden’s climate bills will get through Congress, says Clayton Allen, an analyst with the Eurasia Group political consultancy. As an alternative and a complement to legislation, Biden is looking to drive his clean agenda through regulation, executive actions, departmental spending priorities and procurement. Republicans will launch court challenges to block the most ambitious regulations, such as measures aimed at decarbonizing the electricity system, says Allen.

Those hurdles may prevent Biden from achieving the full scope of his climate agenda. But there remains a growing sense that the momentum for a clean-energy transition is building.

“Directionally, the pressure is only going one way and to some extent, it is irreversible,” Allen says.

Peak Power is betting heavily on the U.S. market as it adds staff in states like California and New York. The company, which is one of 10 ventures in the Mission from MaRS program, builds “virtual power plants” that allow buildings and even electric vehicles to store electricity and sell it back to the grid during peak hours of demand. The company is working with partners like Mitsubishi in California and Kruger Energy in New York.

In Westchester County, N.Y., Peak Power partnered with Montreal-based Kruger to deploy three batteries in buildings owned by GHP Office Realty, creating a 1MW virtual power plant. With Peak Power’s software, these batteries transform the buildings into energy resources that can sell power back to the electricity grid in times of high demand. The software allows the batteries to communicate directly with Con Edison’s power network and lower GHP’s costs.

Federal energy regulators are increasingly making way for storage and new sources of energy supply on the grid, says Imran Noorani, Peak Power’s co-founder and chief strategy officer. “They’ve changed the name of the game and Biden is doubling down with increased funding and regulations,” Noorani says.

In some respects, the Biden administration is playing catch-up with leading states and even the private sector.

Large investors that own commercial buildings are investing in cleantech startups while also serving as customers to scale up the technology, Noorani says. Many U.S. corporations, including big tech companies such as Google, Amazon and Microsoft, are pledging to become net-zero carbon emitters and are investing heavily in renewable energy while insisting that their suppliers take similar action.

Federal efforts to require companies to disclose their climate-related financial risks and strategies will accelerate that trend, he said. 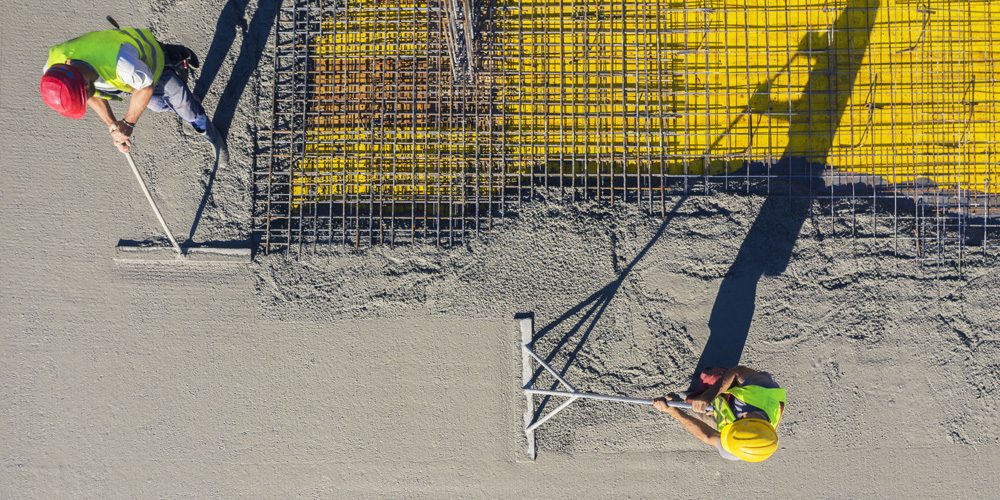 The Democratic president is also driving a policy of clean procurement, under which companies competing to supply to the U.S. government and its agencies will be judged on their carbon footprints. That approach will create enormous opportunities for cleantech companies that can supply low-carbon goods and services to companies bidding on federal contracts.

Halifax-based CarbonCure, which provides technology to lower the carbon emissions from cement making, is priming for major expansions to take advantage of that opportunity, says chief executive officer Robert Niven.

CarbonCure adds carbon dioxide captured from smokestacks to cement during the process of making concrete. The process reduces the amount of cement required to make concrete without sacrificing strength, which reduces emissions while sequestering recycled CO2.

Clean procurement policies send signals to government suppliers about the importance of adopting environmentally friendly technologies and products, says Niven. “That tends to be one of the most impactful areas, but we’re also seeing a lot more R&D funding being announced” by the Biden administration, he said.

CarbonCure has become one of Canada’s most celebrated companies in recent years, having been named North American cleantech company of the year in 2020 and drawn support from high-profile investors like Microsoft founder Bill Gates and Amazon’s Jeff Bezos. The company also won the XPrize, a North America-wide competition for innovators in the area of carbon capture and reuse.

The U.S. is now CarbonCure’s biggest market. As Amazon builds its eastern headquarters in Arlington, Va., Washington-based contractor Miller & Long has provided 81,467 cubic metres of concrete made with CarbonCure’s mineralization process, which provided an estimated savings of 1,114 tonnes in greenhouse gas emissions.

Still, Niven worries that Biden’s “Buy American” protectionism may simultaneously create new hurdles for Canadian firms. He believes CarbonCure can overcome that challenge by offering technology under “Buy Clean” provisions that will win exemptions from any domestic procurement policy.

He also warns that momentum in the U.S. market is eclipsing Canadian corporations’ efforts to adopt clean technology. Unless existing Canadian firms move more quickly, they will find it tougher to sell to U.S. customers who are demanding a cleaner carbon footprint across their supply chains, he said.

Toronto-based Hydrostor, which develops electricity storage projects, is focusing on the California market, where regulators are now requiring power companies to have access to longer-duration storage than batteries alone can provide.

Hydrostor is developing projects on two separate sites that would involve 1,000MW of compressed-air storage at a cost of $2-billion (U.S.). — when complete, the world’s largest non-hydro energy storage facilities. Hydrostor’s system uses electricity at night (when demand is low and wholesale prices are cheap) to compress air in an underground chamber. That pressurized air is then released to drive turbines when power consumption and wholesale prices rise during the day.

With renewable energy and storage costs falling, VanWalleghem expects Hydrostor to be a major beneficiary of Biden’s commitment to achieve a net-zero-emissions grid by 2035.
The U.S. president argues that his climate strategy is not just a sound environmental approach, but also a crucial economic policy that will drive U.S. prosperity in the 21st century.

Canada has long been criticized for its lacklustre record in adopting innovative technologies across the economy. But governments at all levels — as well as the corporate sector — can look to the homegrown cleantech sector for the products and services that will maintain existing employment and create the jobs of the future.

Want to learn more about what it will take to build a sustainable and prosperous planet? Meet the Mission from MaRS Climate Champions.

Delivering the goods: How Canadian companies are reducing carbon emissions in shipping