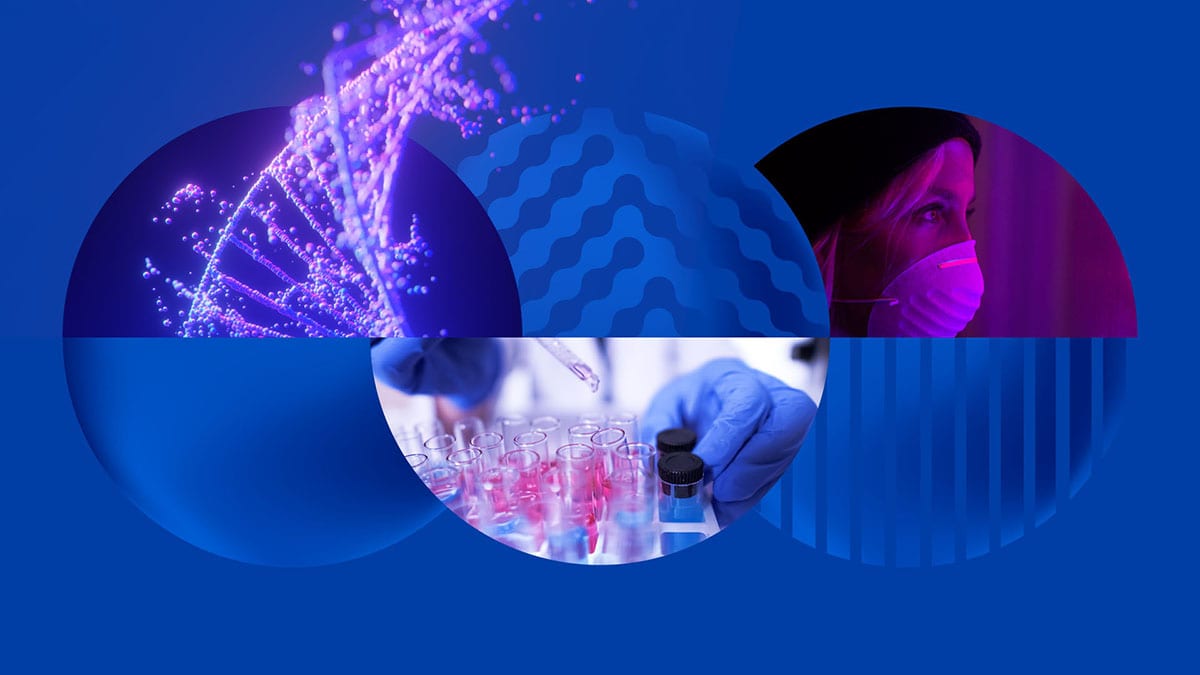 The global tech ecosystem gathered virtually this week to discuss the business of healthcare, as well as to showcase the latest life-saving innovations.

While the Canadian healthcare system is finally emerging from the COVID-19 pandemic, the fight for global wellness is only getting started. That was the prevailing sentiment at this week’s MaRS Impact Health, Canada’s leading conference for scaling healthcare innovation.

The event took on an optimistic tone, with many of the speakers talking about the impact the widespread embrace of innovation could have on creating better, fairer care. “We are all patients and we are all caregivers, that’s what inspires me to work every day,” said Andrea Sambati, president and CEO of Boehringer Ingelheim Canada, in her opening address. Sambati asserts that things like real-time data analysis as well as A.I.-powered research and devices have the potential to be “great equalizers.” As many of these innovations are scalable and are being developed locally, there’s a great opportunity for the country’s public and private sectors to boost tech education and adoption — to improve patient outcomes at home, and the world over.

Here are five insights we learned at MaRS Impact Health.

We must stop confusing price with value

Why are women and lower-income people coming out of the pandemic worse than everyone else? Because according to Mariana Mazzucato, we’re looking at wellness with a twisted lens. “We place value in the price of healthcare, not in public-health workers and patient outcomes,” says Mazzucato, professor of economics and chair of the WHO Council on the Economics of Health for All. “Valuing only expenditures leads to austerity, which is exactly what made this health crisis worse than it had to be.” The task of rethinking capitalism and reorganizing a national economy is, of course, gargantuan. However, Mazzucato points to historical examples wherein citizens channelled the high cost of innovation to realize value-based, public-welfare goals. Consider NASA’s space race, which came with a “no excess profits” clause to ensure the fruits of discovery would be shared; there’s also the U.S. Department of Defense, which stipulates in contracts that all of its soldiers must have fair access to any drugs funded through its program. For Mazzucato, Canada needs more compelling storytelling around “collective risk-taking,” with the private sector identifying itself as a co-investor. Then, through subsidies, for example, the average patient can access health products and services at fairer prices.

Of the more than 26,000 COVID-19-related deaths in Canada, roughly 17,000 occurred in long-term-care settings. “The residents were sitting ducks,” says André Picard, Globe and Mail columnist and author of Neglected No More. “We need a different attitude to value elders and keep them a part of our communities.” Picard offered some solutions to bring immediate change. First, we need to confront our fear of getting older to remove the ageism we’ve built into policies. (“The world’s fastest-growing demographic is centenarians, a scientific miracle worth celebrating,” he says.) Next, governments must bring care to elders where possible, and when institutional living is required, make those homes “feel like homes, not prisons,” Picard says. Finally, Canadians can demand that simple tech be adopted to make senior living more comfortable and dignified, such as sensors on traffic lights that can detect an elder crossing the street and affordable high-speed internet to foster virtual communication. Picard reminds us that in the 1960s, Canada made a great shift by de-institutionalizing “lunatic asylums,” which were, in effect, penal systems for the poor. He argues the same should be done for long-term-care homes, but only if we can guarantee care for our newly independent elders.

Women are underrepresented in just about every facet of the healthcare system. In research, they’ve historically been excluded from studies on their own bodies, resulting in adverse health outcomes. In practice, women represent only about a third of all physicians. And in business, female entrepreneurs are far less likely to secure funding, despite being far more likely to succeed. At MaRS Impact Health, three different innovators offered three different approaches to the problem. Dr. F. Gigi Osler of the University of Manitoba suggests encouraging more STEM education for girls in elementary school, as well as public conversations among clinicians about stigmatized yet common conditions, such as incontinence. Diana Olusanmi, CEO of Toronto startup Future Fertility, wants increased data transparency on the distribution of government research grants and V.C. deals, to ensure funding is balanced for diversity. And Derek Sham, the head of firm Cosm, thinks women’s health requires an injection of marketing punch, a strategy that has been hugely successful in de-stigmatizing men’s-health issues like erectile dysfunction and prostate cancer.

The story of insulin brings insight to today’s innovators

One hundred years ago, about 100 metres from the MaRS Centre, Frederick Banting and Charles Best discovered insulin as a treatment for diabetes, resulting in countless lives saved and Canada’s first Nobel Prize. What’s most striking about the discovery, according to journalist Ivan Semeniuk, was the speed of it all — mass production of insulin took less than two years, an achievement that parallels the advent of today’s highly-effective coronavirus vaccines. Daniel Drucker is a scientist at the University of Toronto and Sinai Health Systems, and he wants Canada to field an entire generation of dreamers like Banting and Best. But to do that, investors across sectors need to take greater risks when backing scientific research. Drucker is skeptical of “strategic investing” in science, mainly because it’s impossible to predict when the next great innovation will surface and for what cause. No one could have guessed that two researchers from Toronto would change the world in a matter of months; and now that same sense of wonder has been reborn in the form of mRNA vaccines, tech that first began development in the 1990s. Drucker’s general solution: increase and spread funding across the board “to safeguard the health and prosperity of the nation” against coming crises.

“Convergence is the truest form of innovation — bringing disparate peoples, ideas and technologies together,” said MaRS health expert Rick Bozzato as he kicked off the conference’s startup product demos. On the program were more than a dozen health companies from across the country. Some of the standouts include:

ProteinQure
This firm has developed a computational platform to design novel therapeutics. Protein-based drugs represent some of the most profitable pursuits for the health industry, and ProteinQure’s 3D and 4D simulations make development more accurate and affordable.

Careteam
Careteam’s patient-centric platform helps people remotely manage every aspect of care: from banking and insurance to prescriptions and doctor appointments. Users can monitor the patient’s journey in real time, connect with family and caregivers, and organize workflows.

Intronix Technologies
Based in Bolton, Ontario, Intronix Technologies builds a suite of products for rehabilitation and pain management. In the next five years, the startup will be integrating sensors into their devices, allowing clinicians to monitor and assess patients virtually.

Learn more about the game-changing health companies in the MaRS portfolio.

Michelle Obama comes to Toronto with advice for entrepreneurs