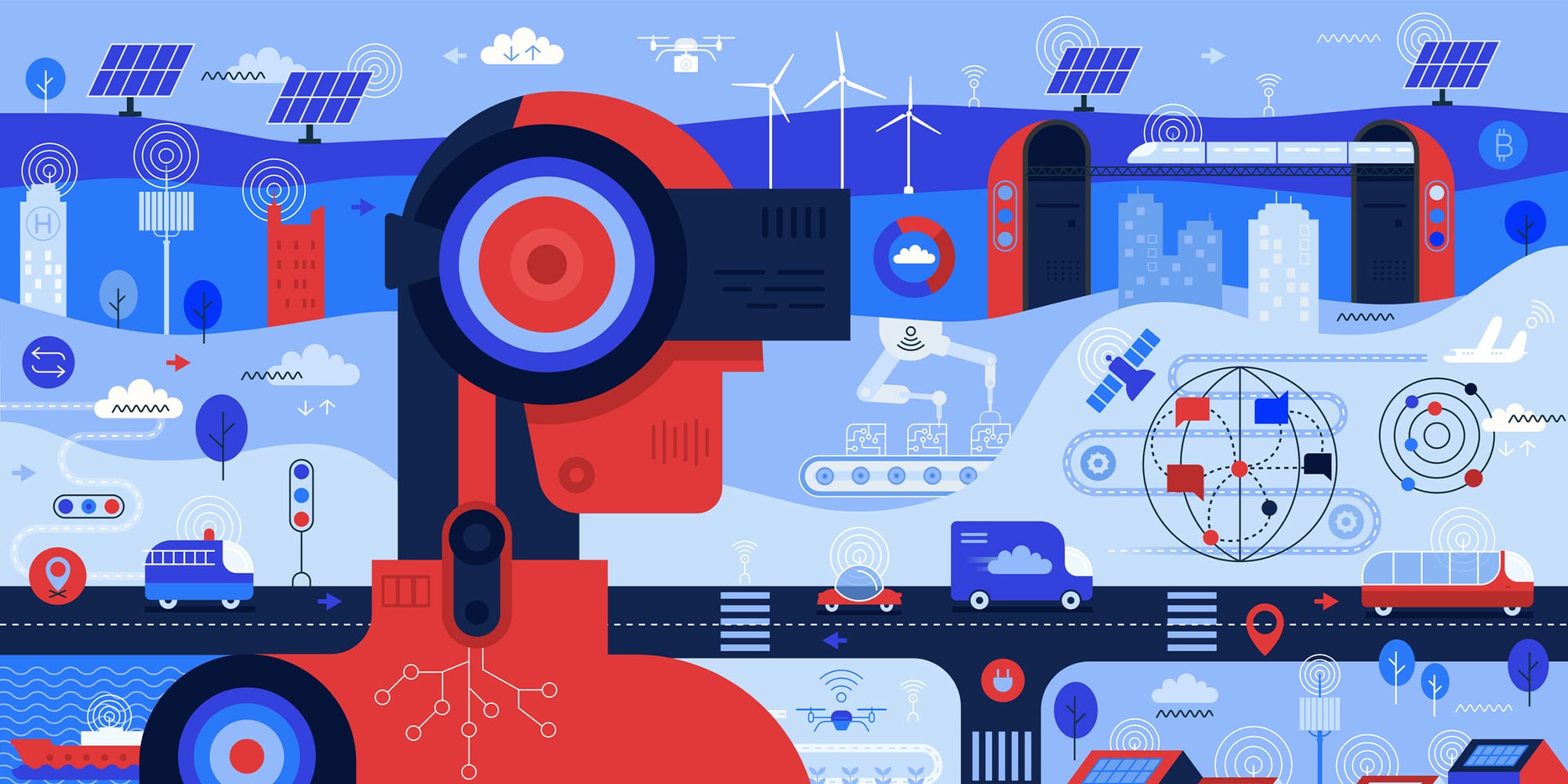 Canadian ventures make a strong showing in the annual ranking of the world’s most innovative cleantech companies.

Canada’s hot streak on the prestigious Cleantech 100 list is still going strong. For the past four years, Canadian ventures have cleaned up on the annual ranking of the world’s most innovative cleantech companies, and this year is no exception. Eleven Canadian ventures, seven of them MaRS-supported companies, made the cut for the 2021 edition, once again making Canada second only to the United States in representation on the list.

Jane Kearns, VP of Growth Services at MaRS, says the result proves Canada’s cleantech sector has strength and depth. “If you look at the companies on the list, they are working in fields as diverse as mining, electricity grid management and consumer electronics. It shows our companies aren’t just competing with the best in the world, they are leading the world, and doing so across the board.”

The Cleantech 100 list is compiled using data from the Cleantech Group, a research organization, and insight from a 91-member expert panel of investors and executives. Here’s a look at the 11 Canadian companies that made the grade.

What it does: Vancouver-based Axine takes highly polluted industrial effluent and turns it into water that meets strict environmental standards. Its self-contained purification systems are about the size of a small shipping container and can be installed at manufacturing facilities to clean wastewater on-site.

The difference it’s making: Axine’s electrochemical process removes dozens of pollutants, including such toxins as benzene, formaldehyde and ammonia. Its technology is used extensively in the pharmaceutical industry to ensure that antibiotics, hormones and other biologically active substances do not escape in wastewater to cause havoc in ecosystems. The company is currently enjoying a record year for sales.

What it does: From the outside, Carbon Engineering’s technology looks like an industrial air conditioning unit with a giant fan. Inside, it is fighting climate change using a chemical process that directly captures carbon dioxide from the air and enables it to be stored as compressed gas or to be used in near-carbon-neutral fuels.

The difference it’s making: Carbon Engineering is currently building the world’s largest direct air capture plant in the southwestern United States. When operational, the facility will remove more than 1 million tonnes of carbon dioxide from the atmosphere each year, which it says is roughly the same contribution as 40 million trees.

What it does: CarbonCure turns buildings into carbon traps. The Nova Scotia-based company has perfected a process for sequestering carbon dioxide in concrete used for construction. CarbonCure’s technology not only makes the material environmentally friendly, it increases its strength, too.

The difference it’s making: CarbonCure is helping offset some of the 8 percent of global carbon emissions that are attributed to the cement industry. It calculates that more than 1 million truckloads of its concrete have been delivered to building sites, saving upward of 100,000 tonnes of carbon dioxide emissions. The company counts Jeff Bezos and Bill Gates among its backers, and its concrete will be used in the construction of Amazon’s second headquarters in Arlington, Virginia.

What it does: ecobee creates smart thermostats that learn owners’ daily routines and automatically adjust the temperature to reduce energy use when nobody is home. Its thermostats also select times to heat or cool based on when the cheapest and cleanest energy is available.

The difference it’s making: ecobee estimates that its smart thermostats save enough energy to power Las Vegas for a full year. It has also distributed 20,000 smart thermostats to housing associations and nonprofits to help lower-income families reduce their energy costs.

What it does: Effenco’s technology can turn a heavy-duty truck into a Prius. The Montreal-based company builds hybrid power systems that can be installed on new and existing trucks to reduce fuel consumption and emissions. Whenever the vehicle is stationary, such as in traffic or when making a delivery, its system shuts off the engine and supplies clean electric power instead.

The difference it’s making: Effenco’s technology can cut vehicle emissions by 30 percent and its systems are now in use on delivery trucks and waste collection vehicles in Canada, the U.S., France and Norway. Its system is compatible with more than 1 million vehicles sold every year, and the company aims to acquire a larger share of the market with ambitious international expansion plans on the back of a recent $10-million funding round.

What it does: Our digital world may run on silicon, but it is an inefficient electricity transmitter compared with some emerging materials. GaN Systems is building a new kind of power transistor based on the ultra-efficient semiconductor gallium nitride, which enables devices that use less power and are smaller than those based on silicon.

The difference it’s making: GaN Systems’ technology can be used to boost energy efficiency in almost any device, including consumer electronics and renewable energy sources. It can also be deployed to make power-hungry data centres more efficient or to increase the range of electric cars.

What it does: Li-Cycle dramatically increases the efficiency of lithium-ion battery recycling. Its technology breaks batteries down and extracts around 95 percent of the cathode and anode materials for reuse.

The difference it’s making: From smartphones to laptops and electric cars, lithium-ion batteries are everywhere. When they hit the end of the road, Li-Cycle helps feed them into the circular economy. The company has a recycling centre in Kingston, Ont., and recently opened a second one in Rochester, N.Y., which has doubled its processing capacity to 10,000 tonnes of spent batteries each year.

What it does: MineSense makes shovels smart. The B.C.-based company deploys X-ray sensors on the industrial scoops used in mining operations to instantly determine whether a load is metal ore that should be sent for processing or is waste to be discarded.

The difference it’s making: MineSense is used in mining operations in Canada and South America. It reduces energy usage, water consumption and emissions by making it easier and more efficient to sort valuable material from plain rock.

What it does: Opus One helps power companies adapt their energy grids to make better use of renewable power. Its software platform helps utilities better manage supply and demand as buildings fitted with turbines, solar panels or battery storage systems create ever-changing patterns of usage and generation.

The difference it’s making: Opus One’s technology has been deployed around the world, including Hawaii, where it is analyzing renewable energy generation patterns, and in Scotland, where it is being used to create a more flexible energy market. In July, it began working with Southern California Edison, one of the largest energy companies in the U.S., on a platform to enable customers to sell renewable energy to the utility.

What it does: Parity helps make condo buildings more energy efficient. The company, which has offices in Toronto and New York, uses sensor networks and an AI-powered platform to determine heating or cooling needs in real time and manage the building’s systems to meet them while reducing energy waste.

The difference it’s making: According to the World Bank, cities contribute 67 percent of energy-related greenhouse gas emissions, and buildings are an important component of that. Parity estimates its technology has prevented more than 4,000 tonnes of carbon emissions from residential buildings since it was founded in 2016. As one of Canada’s fastest-growing companies those carbon savings will grow, too.

What it does: Svante builds scrubbing systems that remove carbon dioxide from emissions of heavy industries like steel and aluminum manufacturing. Using a highly absorbent nano-material that has the surface area of a football field packed into the size of a sugar cube, Svante’s systems attach to factory flues to capture carbon dioxide and condense it for safe storage.

The difference it’s making: Svante’s technology is currently in use at industrial facilities in Lloydminster, Sask., and Richmond, B.C. The company is also part of a partnership that is working to deploy carbon capture technology at the Holcim cement plant in Colorado, which could sequester 2 million tonnes of carbon dioxide a year and permanently store it underground.

How to get an internship at a tech startup

How a single hire can create a ripple effect