According to Canada’s largest transit system, the answer lies in educating riders, not punishing them. 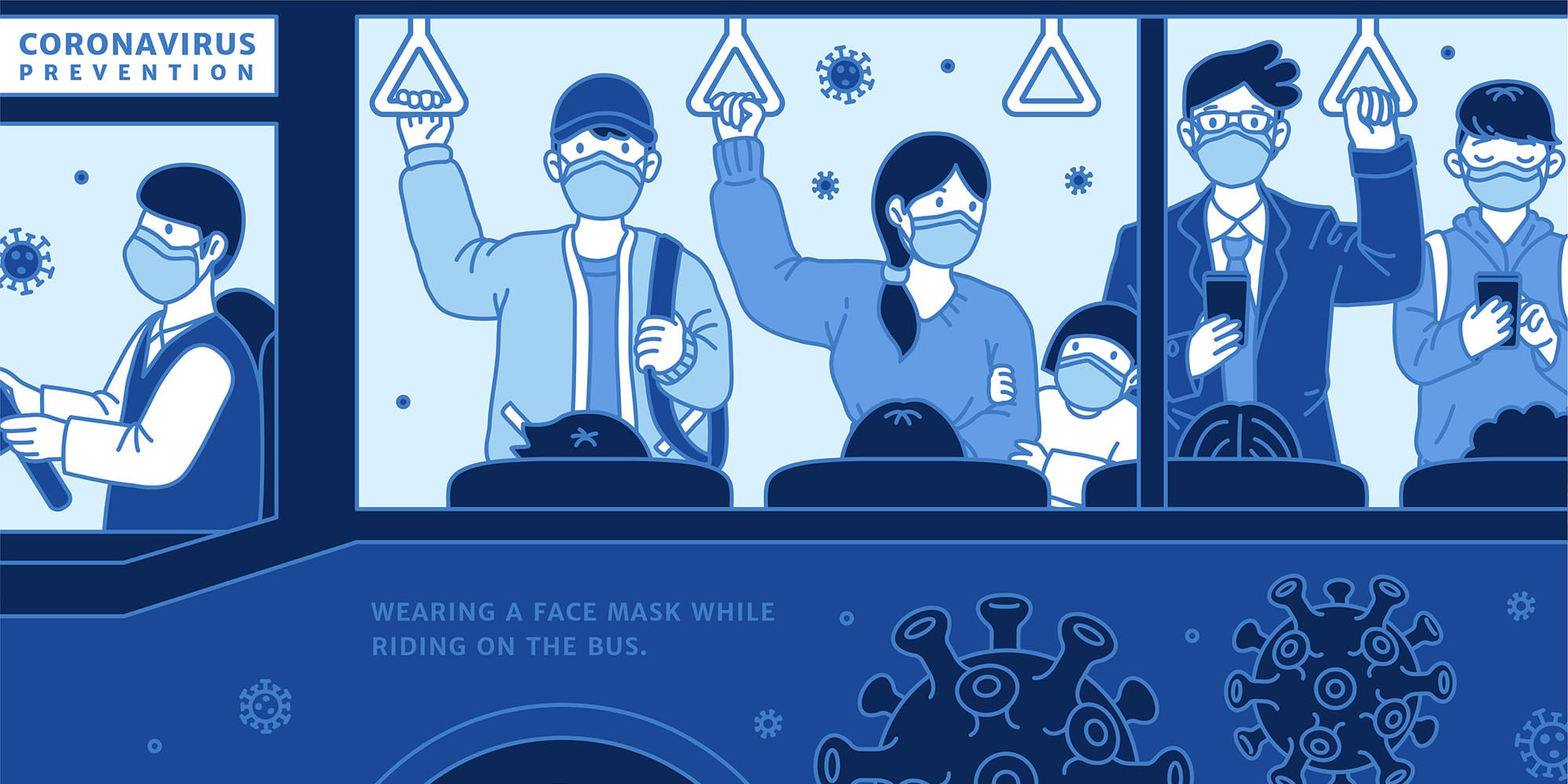 COVID-19 has been brutal for the TTC. Once a steed for roughly 1.7-million daily riders, Canada’s largest transit system saw its patronage evaporate, resulting in decreased service, monthly revenue losses of $90 million, and 1,200 temporary layoffs.

So far, there’s little evidence to suggest that mass transit — when run with proper health and safety protocols — contributes to outbreaks. Indeed, ridership has inched back over the summer months, and with kids in school and many workplaces returning to some sense of normalcy, the TTC is now serving somewhere between 40 and 50 percent of pre-pandemic volumes.

But as the number of infections rise again, what is the transit commission doing to ensure safety? According to the TTC, it’s about equipping your passengers with the right information.

“We decided early on to make our COVID-19 campaign one of education, not punishment; that’s been invaluable,” says Stuart Green, spokesperson for the TTC. “We didn’t know what kind of reaction we were going to get, but people seem to be more than happy to do the right thing.”

While wearing face coverings on the TTC is technically mandatory, the agency has avoided issuing tickets to offenders for fear of fostering public resentment and conflicts between customers and staff. Perhaps even more important is the issue of human rights. The TTC is an essential service, and Green believes that stigmatizing those that cannot wear masks (such as young children or people with disabilities and underlying conditions) would be to barrel down a dangerous route.

Until the coronavirus crisis ends, the TTC is committing to more cleaning, data collection and positive public relations — all in partnership with Toronto Public Health. Vehicles are disinfected daily; touch points like handrails are wiped down as often as possible; hand sanitizer is available at all stations; video screens and signage outline evolving protocols; decals on floors help ensure physical distancing; and masks are now mandatory for all workers. “Public transportation is not known to be pristine — you can’t eat off the floors or lick the grab handles — but we’re trusting Torontonians to appeal to common sense,” Green says.

Every two weeks, the TTC also conducts audits of its busiest locations to monitor face covering. Based on the agency’s hundreds of thousands of recorded observations, 96 percent of patrons are following the rules. The inherent nature of riding mass transit also helps the cause: most commuters are more than happy to keep to themselves.

At the TTC’s headquarters in midtown Toronto, international health trends are being monitored, and Green and his team continue to speak with other transit agencies to strategize and share learnings. “This is a once-in-a-lifetime kind of event, so our focus right now is not about making money,” he says. “We have to keep our riders and employees safe, and serve those who need us most, especially those in the suburbs and people who can’t afford other means of getting around.”

Preparing for the second wave

Colin D. Furness, a professor of public-health policy, management and evaluation at the University of Toronto, is a big champion of the TTC’s gentler approach. After all, establishing new social norms is much more effective (and ethical) than threats and punishment. “Being compassionate is a good idea — fining people not so much,” Furness says. “To issue a ticket is to undermine the message entirely.” So far, he’s been impressed with the TTC, calling the organization particularly “heroic” at the outset of the emergency as it served front-liners.

Still, Furness advises vigilance and increased initiatives to weather the inevitable second wave. Ventilation and access to fresh air, for example, is critical to promoting safe public transportation. The professor believes that high infection rates in planes, cruise ships and long-term care homes can often be attributed to poor HVAC infrastructure. And while bringing in larger amounts of fresh air is expensive and energy-intensive, Furness asserts it’s wrong to do otherwise. For the TTC, that means retrofitting old vehicles and investing for the future.

The TTC has started conducting studies around its HVAC system, and it’s adopted an electrostatic cleaning spray for touch points. The agency is also keeping close watch on New York City’s experiment with bacteria-killing UV light. And the TTC is currently soliciting citizens’ wants and needs to inform the design of its new fleet of high-tech subways, scheduled to debut on the Bloor-Danforth line in 2030. All good things — though, Furness and the broader research community have yet to find a silver-bullet solution to deal with deadly viruses. Transit, like all everyday activities once considered banal, still invites health risks.

“All respiratory viruses are seasonal and a lot of people are taking credit for warm weather. Once we have a vaccine and lots of testing, I’ll be more sanguine about crowded trains,” says Furness. “The future of big cities is bound to public transit. It’s vital to our way of life. We can’t ignore investment. This won’t be our last pandemic, and there exists a price far more brutal than money.”

Virtual care: How can we build on the massive gains made during the pandemic?

How tech companies navigated the pandemic — and came out on top

Mind the gap: Reimagining mass transit during a pandemic